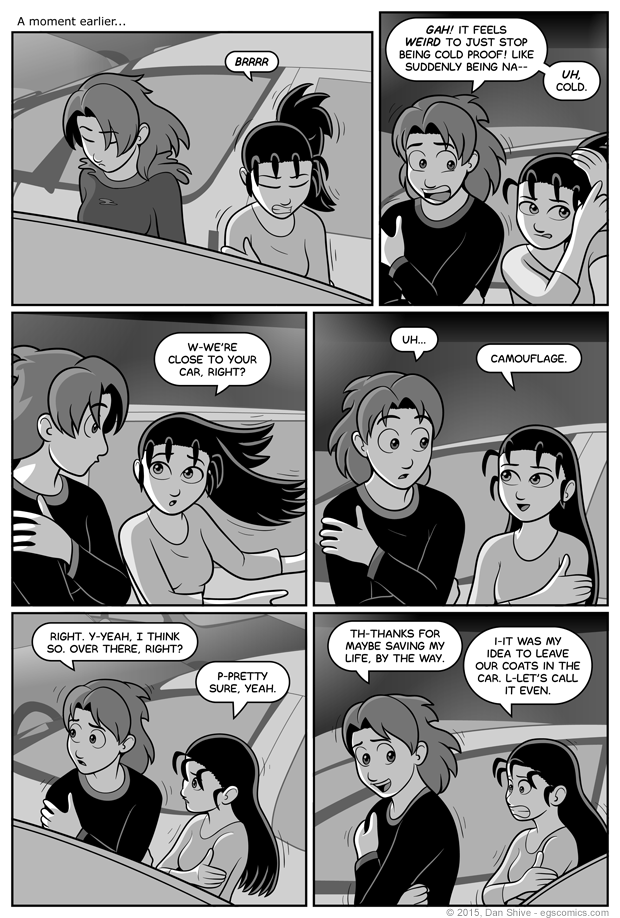 The most difficult part of this comic to write was simply Ashley's explanation in panel four. I mean, yeah, it's one word NOW, but I kept wanting to write stuff like "it's my most distinctive characteristic", which then left me wanting to elaborate that she was speaking strictly in a visual sense, and, well...

Okay, basically, there were a lot of really elaborate ways to point out that her off-center ponytail is what would stand out to most people and that wearing her hair down for a bit might be prudent, and none of them sounded like natural things Ashley would say while standing around in the cold and eager to get to the car.