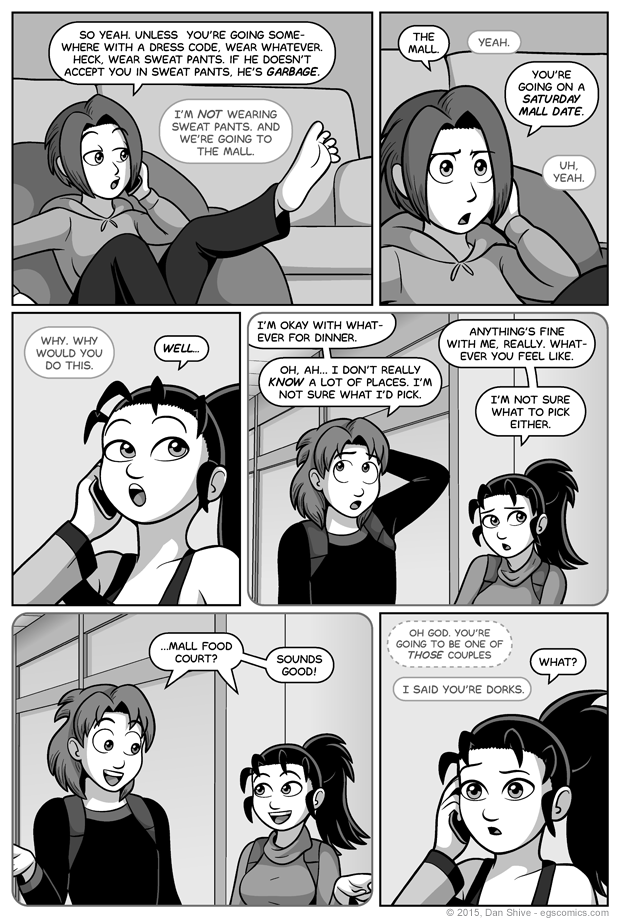 - Elliot on selecting a place to eat

This is apparently the week in which I make up for over a decade of avoiding showing people's feet.

I made a terrible mistake with the initial script writing of this comic. A mistake so incredibly terrible that it would come back to haunt me when it came time to make the comic.

Okay, that might sound like a small thing, and I thought it would be. I believed that to be the one part of the comic I knew exactly what I needed to do with, and focused on other things to the point of basically just putting "you know what to do here" in the script.

Then I wound up struggling later because it's apparently super easy to give dialogue like that entirely the wrong tone and make them both sound super passive aggressive. Note to self: "That's great, kid. Don't get cocky."

Incidentally, "mall food court" is totally a thing I've suggested to various people on various occasions. Elliot and Ashley's results are not typical.