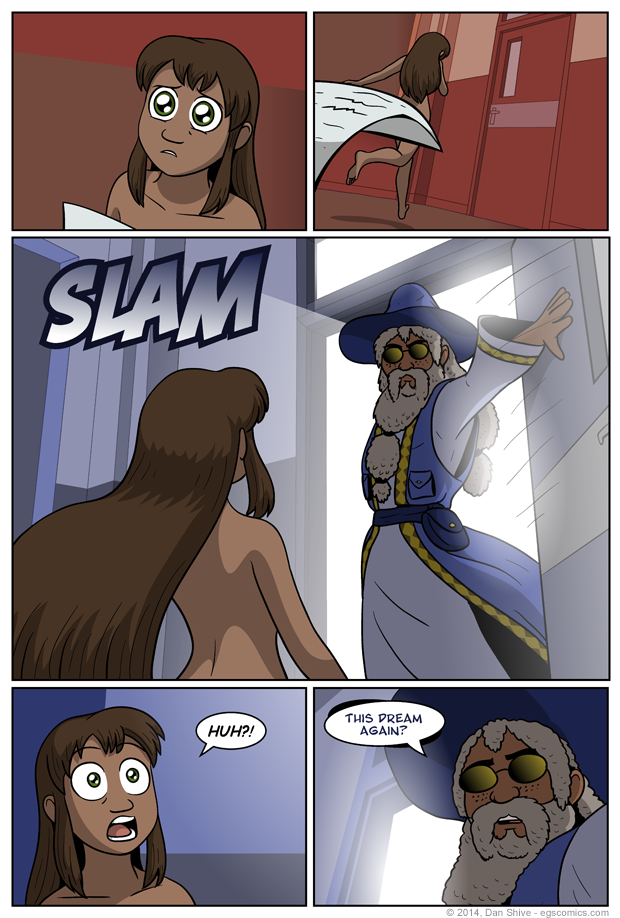 Did I mention this is a Friday comic?

I know a lot of people like to guess what's going to happen in upcoming comics. I'm going to go out on a limb and boldly claim that whatever predictions people made after the previous comic regarding what would happen in this comic were wrong.

Well, as far as the last three panels are concerned, anyway. Someone probably could have predicted the first two.