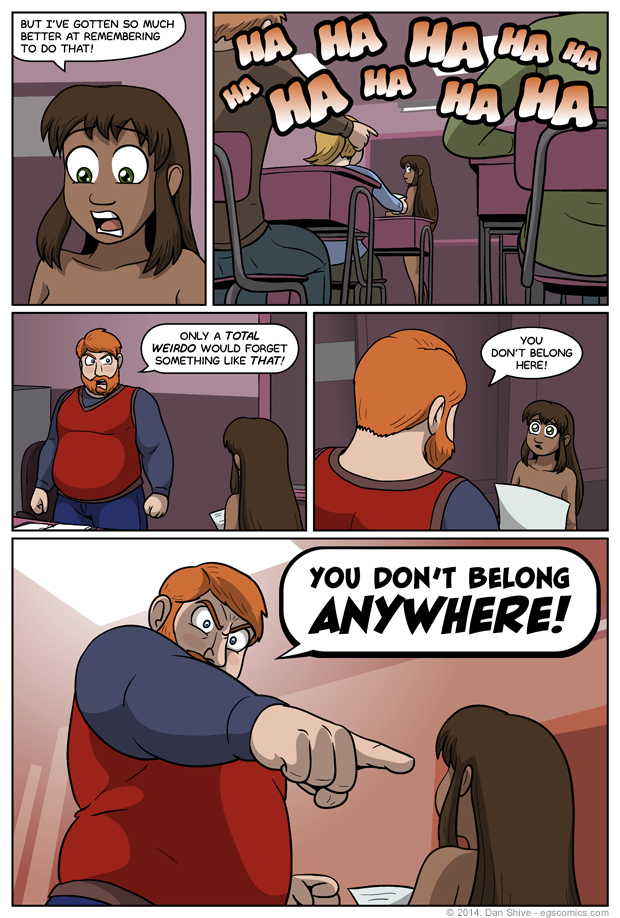 Public speaking, am I right?

Several people responded to the previous comic by asking about Grace's reaction in the last panel and why it would bother her when she's generally okay with being seen in that way and can even like being, um, "dressed" like that. I gave a couple of indirect responses to this via Twitter:

I love wearing nice hats! *A nice hat suddenly appears on my head.* WHAT THE HELL WHERE DID THIS HAT COME FROM WHAT IS THIS I DON'T EVEN...!