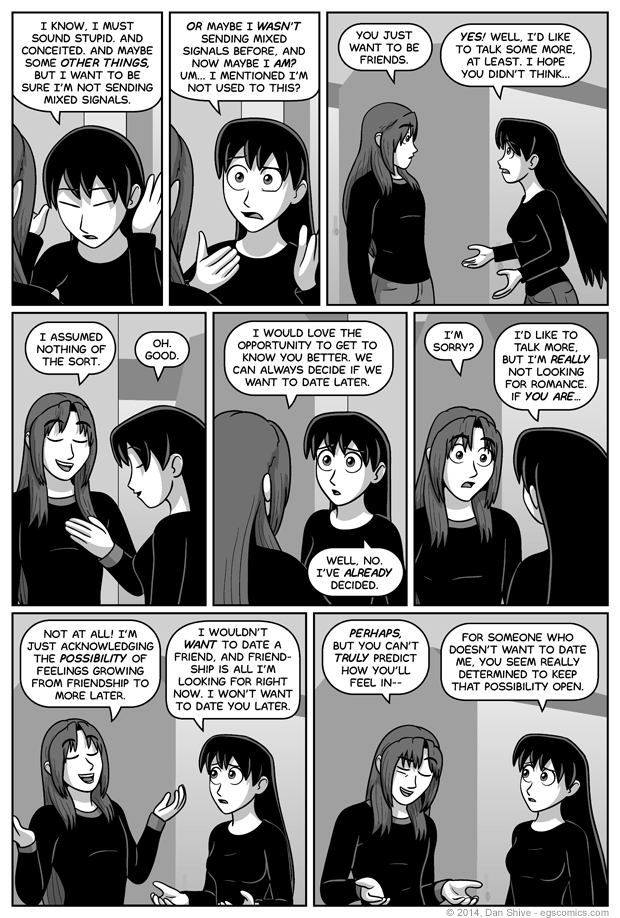 There's a lot I want to say about this comic and Susan and stuff, but I don't want to speak for it, either, so there's really not a whole lot I can say about this one. I will, however, say this:

Don't pretend to be someone's friend with the hope of dating them later. Relationships can potentially change over time, but real friends don't simply pretend to be one thing when they're actually just using deception to try and get something else later. You're more likely to make them forever consider you as a platonic companion than a potential romantic interest anyway.

Hm. I guess that last paragraph could sort of be interpretted as speaking for the comic? Well, whatever. The point stands: DON'T DO THAT. DON'T MAKE ME USE CAPSLOCK