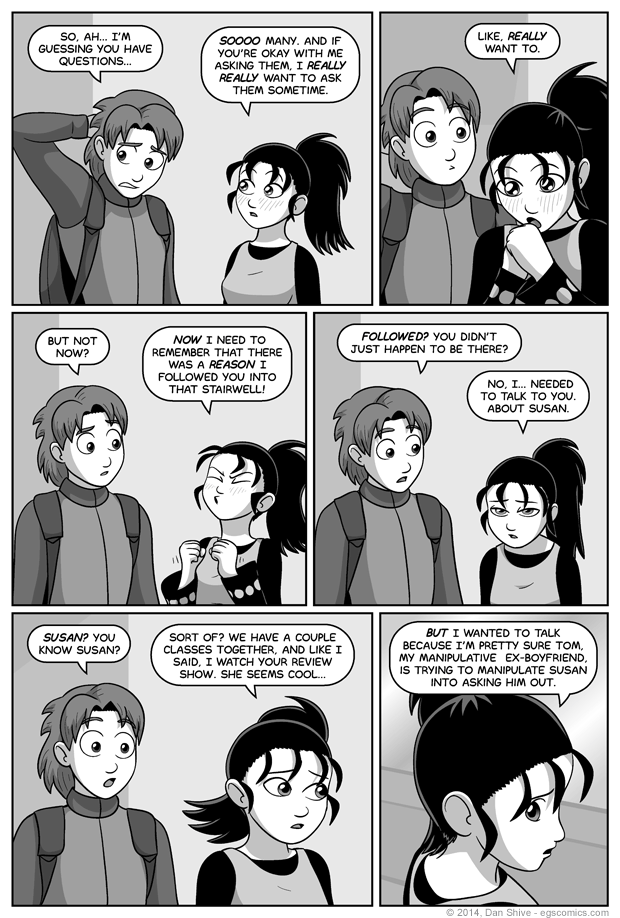 - Glaring at Tom
- Ashley MIGHT be on to something

I got the copyright date on the comic right on the first day of a new year and changed the template for future use! *Victory pose*

I believe I've pointed it out previously, but you can spot Ashley in the background of panels four and five of this comic prior to Elliot transforming (recognizable by virtue of distinct hairstyle). In that comic, she was sitting at a table when she noticed Elliot in panel four, and she's on the move in panel five. Elliot presumably passed her on his way to the stairwell.