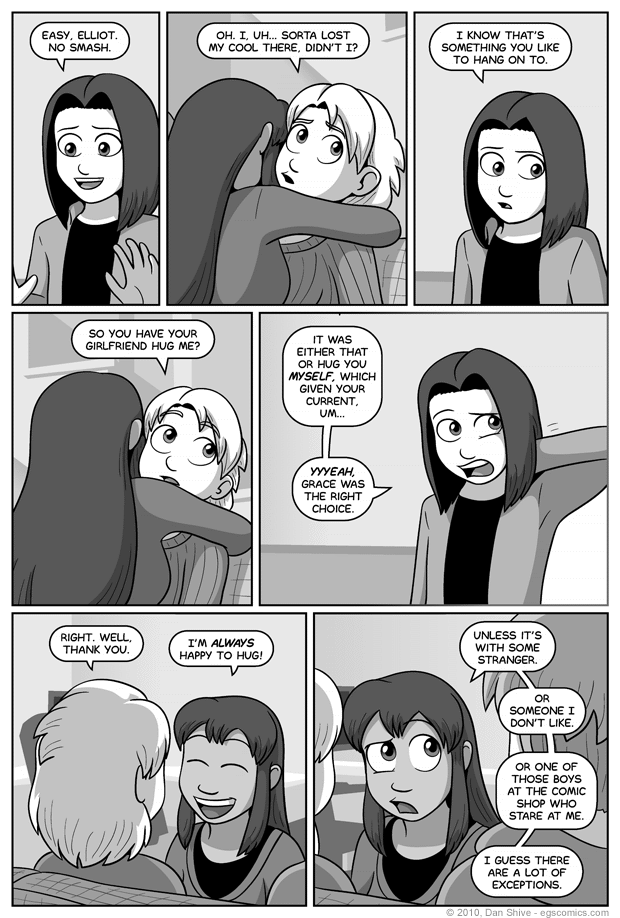 - He really does need to keep better track of his things

Fairly warned, be ye! Grace likes to hug, but she has standards! So don't be awful if you want a hug from Grace.

Yeah, I don't have much else to say about this comic. It's seven panels, but it feels shorter than that somehow. It's like a four panel comic that became seven by virtue of Elliot and Tedd being positioned in a way relative to each other that makes it difficult for them to share panel space.

Heck, I totally cheated with Tedd's positioning in the second-to-last panel of the previous comic. He basically teleported behind the sofa from his chair by the computer and ARTISTIC LICENSE! That's what I meant. That's the thing that happened. Artistic license, not cheating. Yeah. BAM . Atristic.