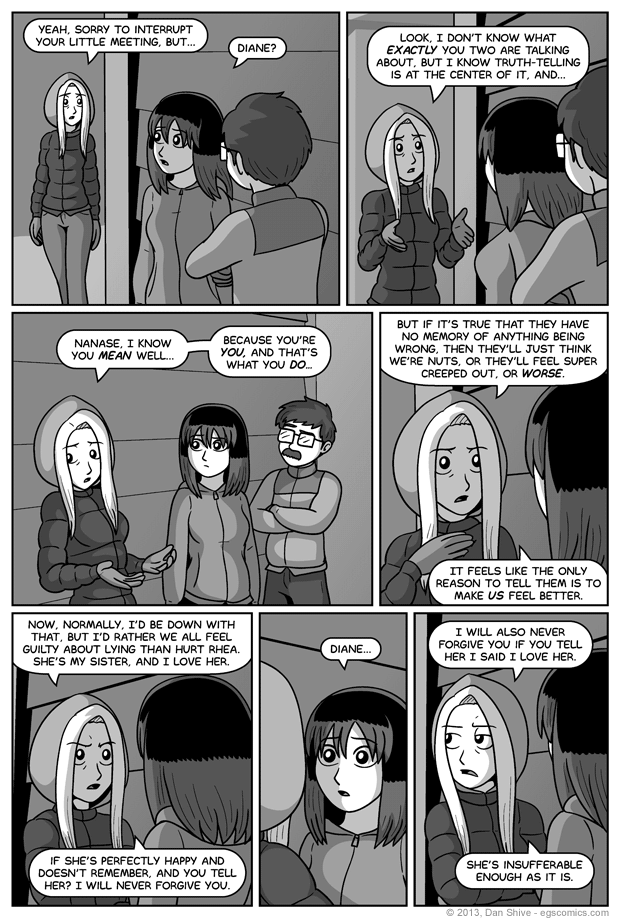 - Rhea being insufferable
- "The coolest person I've ever met"

Nanase just keeps getting told to keep more and more secrets, doesn't she?

I'm having trouble thinking of things to say about this comic. I like the comic, and I like that Diane isn't just going along with what she's being told to do. Well, sort of. I mean, she IS saying they should do what they're being told to do, but she has her own reasons. She's not just following orders from the man. I think I'd have to retroactively slap myself later had this comic not existed.