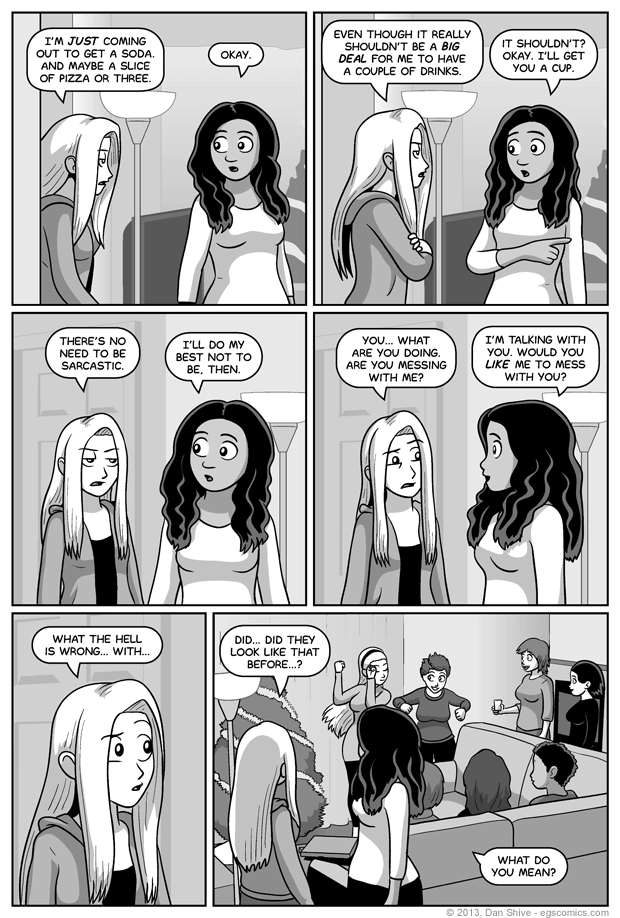 No. No, they did not. Diane hasn't spent much time with the guests, but she is observant, and she did get a look at them. Of course, if Rhea is any indication, simply being observant isn't enough.

As for what the hell is going on, there's bound to be some answers in an upcoming comic itself sooner or later. Maybe later! Or soon. Somewhere in between? I suppose we need to define our variables. "Soon" and "later" are vague, and no way to run a proper scientific experiment. I also have a tendency to refer to "comic" as both EGS as a whole and individual updates, so we need to clarify that, too.

Tell you what. Let's get a committee together of twelve distinguished professors in order to decide on what variable values to use and see if they all wind up transforming into women without any of them noticing. That should tell us something.