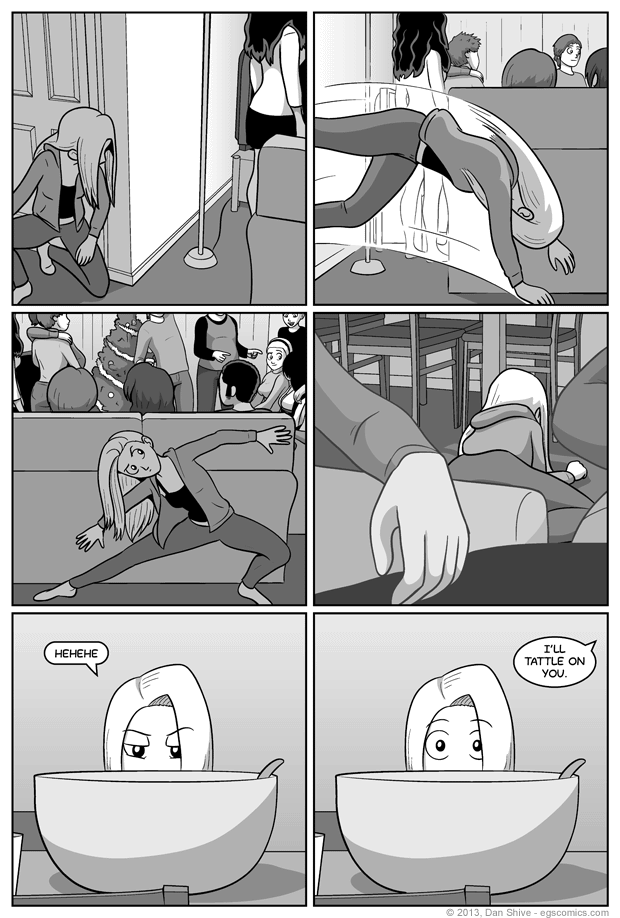 The first two panels should give a sense of Déjà vu to anyone who's played Deus Ex: Human Revolution. Her technique is based on that of the protagonist of that game, though I must admit that I always found it odd that people could so easily miss a cyborg diving around the room.

I tried to be lazier about panel three of this comic. Really, I did! I came up with viewing angles where you could barely see beyond Diane and her shadowy hiding place behind the couch.

Thing is, the entire point of her sneaking around at this moment was that she didn't think anybody was at the punch bowl. Where the attention of more than a dozen potential witnesses was at that moment was important, and I felt we should see at least enough of them to give the impression of them being grouped together.

It was actually a lot of fun to figure out what all they were doing and such, but it was also a lot of work for a visual that only took up one third of one panel out of six. Still, at least I got a bit of a break in those last two panels, eh?