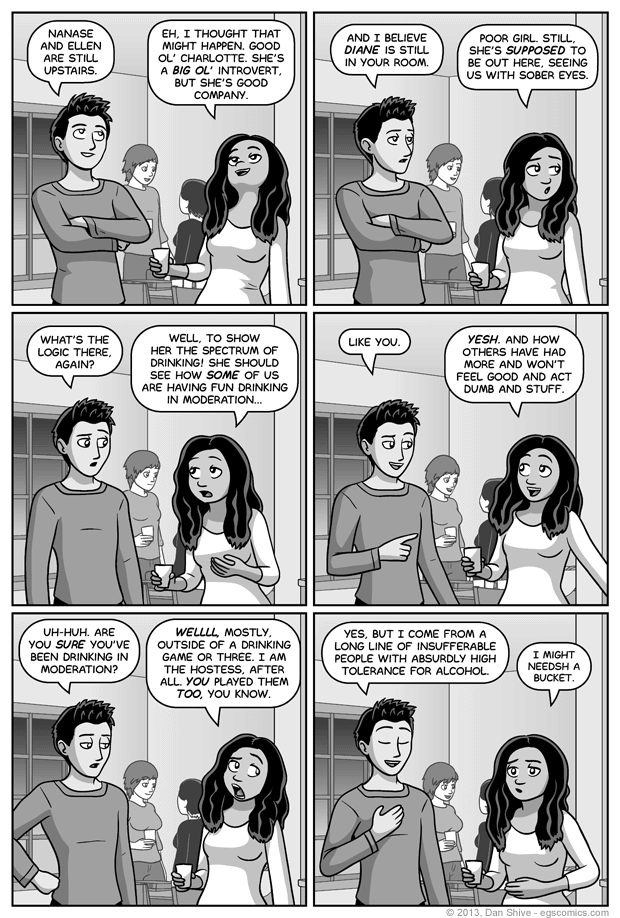 Can I draw my characters tipsy and/or drunk all the time now? I know it wouldn't be in character for the vast majority of them, but still. Good times? Yes? No? Probably no. Drat.

Incidentally, I drank a Mojito on Sunday. It was pretty good and utterly failed to make me sleepy. I understand Burn Notice a little better now.

Much as it feels strange to draw Charlotte smiling, it feels strange to draw Rick NOT smiling. He is a man who needs no instruction from photographers. That's not just because of the smiling thing, either. If you take a photo of him, he will be in precisely the right pose, precisely the right place, and the lighting, however sparse, will find a way.

Rick is referring to his family and their resistance to alcohol, by the way. I'm not sure exactly what else his dialogue could be interpreted as, but my "you best clarify this for the record, son" senses were tingling.

Anyway, that's all I have to say about this comic. There's absolutely nothing else to comment on. At all. Nope! See you next comic.