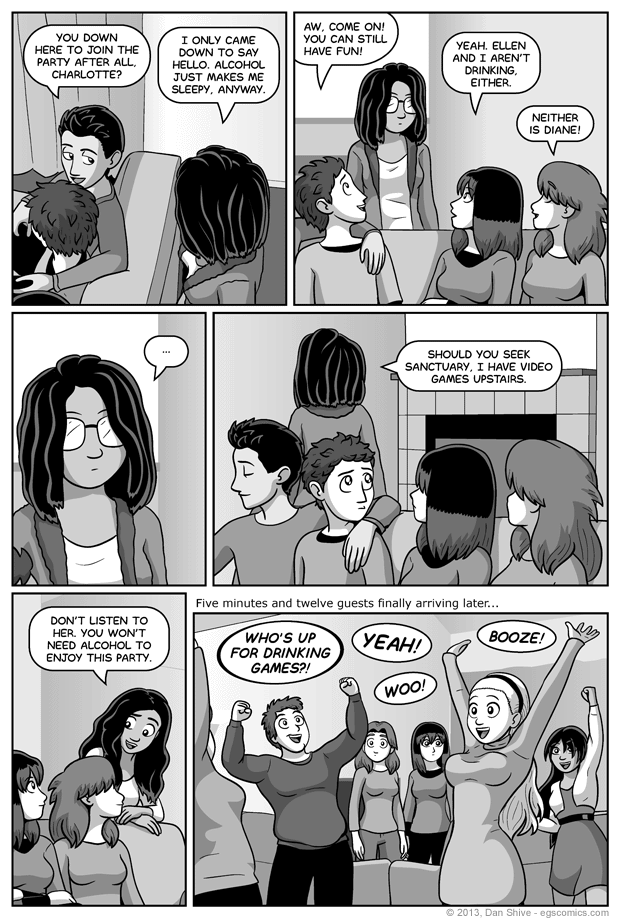 We may not get to meet them all in great detail, but there are genuinely twelve guests. Well, fifteen, if you want to get technical. Ellen, Nanase and Diane are also guests, after all. So, in total, this party has eighteen people (Charlotte would make it nineteen, but, well, read the above comic).

The last two panels pretty much happened to me at an apartment-warming party. I got to make coffee later!

I'm in pretty much the same boat as Charlotte when it comes to drinking. And parties. And having to wear glasses... I'm veering off course. I'm sure it has other effects, too. I've never known anyone whose behavior doesn't at least change in subtle ways when drinking. That doesn't change the fact that being conscious of only the sleepy part isn't much of an incentive.

That said, I still want to try mead. I blame Skyrim and the fantasy genre in general.