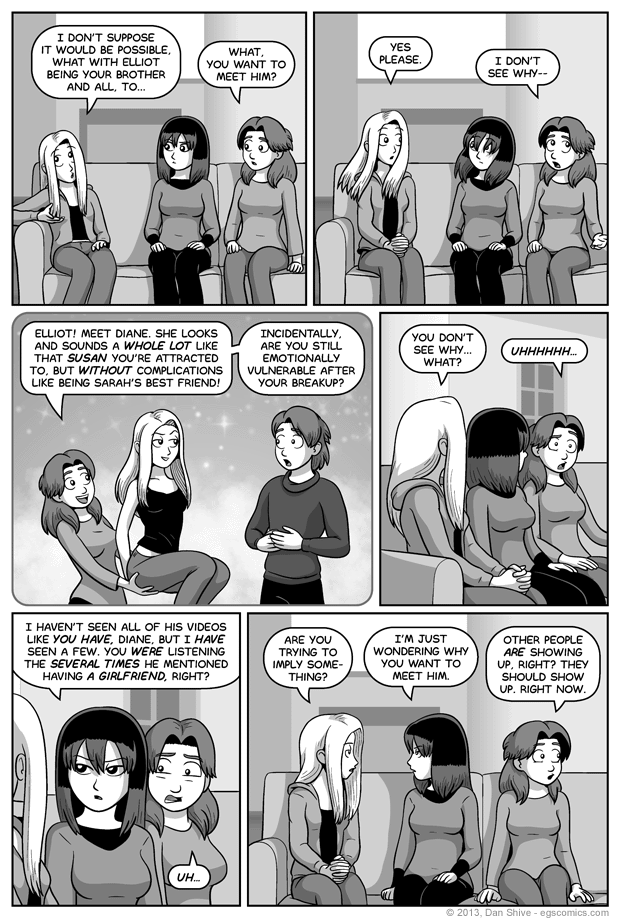 Well, of COURSE it was absolutely necessary for Ellen to be holding Diane that way! This is her visual we're talking about, after all. It's perfectly natural and not the least bit gratuitous in any way. Also, it puts Diane at around eye level with Elliot, which she normally wouldn't be able to do. SO THERE.

It was also entirely necessary for her to not be wearing that figure-hiding hooded sweatshirt. For reasons.

The sparkles also have reasons.

Anyway, as evidenced by this and many other comics I've done, I'm strangely fond of phrases similar to "a Susan" in place of whatever stuck up folks speaking proper English would say. It's the sort of thing that can get me in trouble if I'm not careful, as some people will take offense to being referred to in such ways.

Granted, I can sort of understand why a professor might not like being referred to as "a teacher type person", but I assure you as much as I very quickly assured them that it was all meant in good fun and with a whole lot of respect.