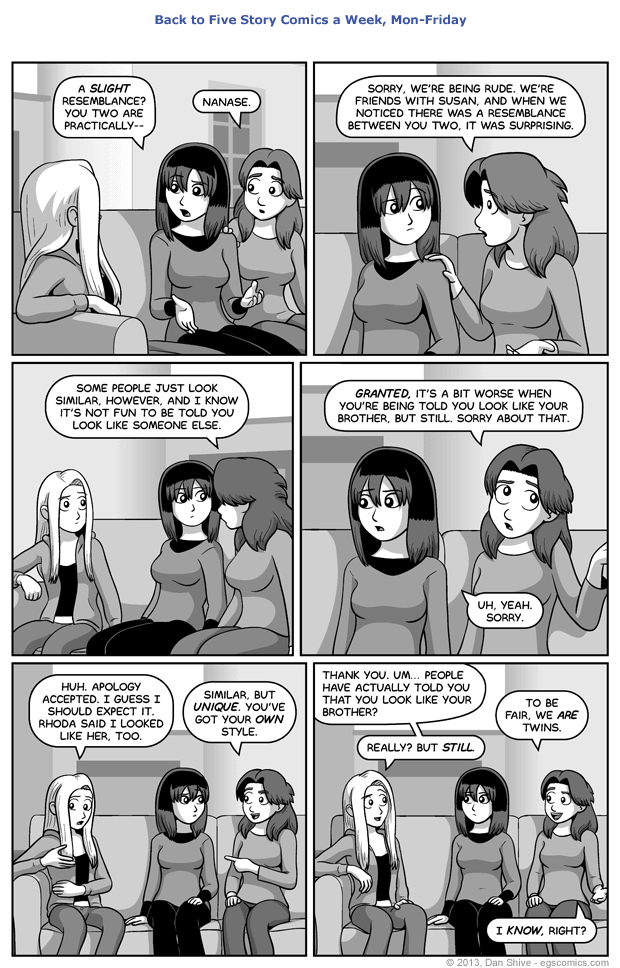 I don't really have much to say about this comic that wouldn't be saying too much, so I will talk about comic scheduling instead (yay).

This comic marks the end of three comic updates a week tyranny and brings back five comics a week utopia with happy little trees and rainbows.The comic buffer that now exists is a mix of completed and partially completed comics in various stages of production, and so long as I keep making at least five comics a week, it will remain sturdy.

IF, however, I believe the buffer is in danger of being used up, I might change up the schedule again. I won't unless I feel I really need to, however, because I LOVE updating five times a week. I feel it goes well with the pacing of my writing while any less than that, well, doesn't. I have things I want to show you all as much as you (hopefully?) want to see them.

In other news, I think I know what I'm going to call this storyline now. It's tempting to leave it as Title Pending, but surely there'll be a more appropriately ironic storyline to use that with down the road. I'll settle on something one way or another by... WEDNESDAY!

Why then? No particular reason. It's just good to have deadlines.