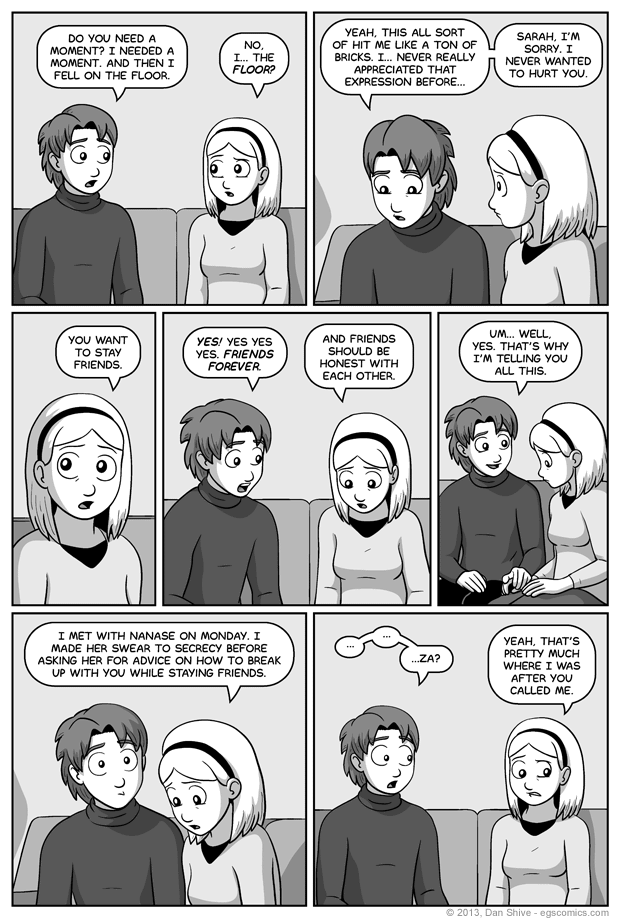 Did you really think this wasn't going to come up? DID YOU?! I'M ANGRILY CURIOUS FOR SOME REASON! CAPSLOCK IS DRAMA!

I know I'm big on saying "screw authorial intent", but I'm also big on trying to get ahead of potential misconception, and the latter is winning this round. Sarah is not telling Elliot as any sort of payback. If anything, she's motivated by the sort of unbearable guilt one would get for something like not being able to repay Fry the ten dollars.

Okay, it's also possible that I was just looking for an excuse to include a Futurama reference in this comic's commentary. Specifically, the episodes 30% Iron Chef.