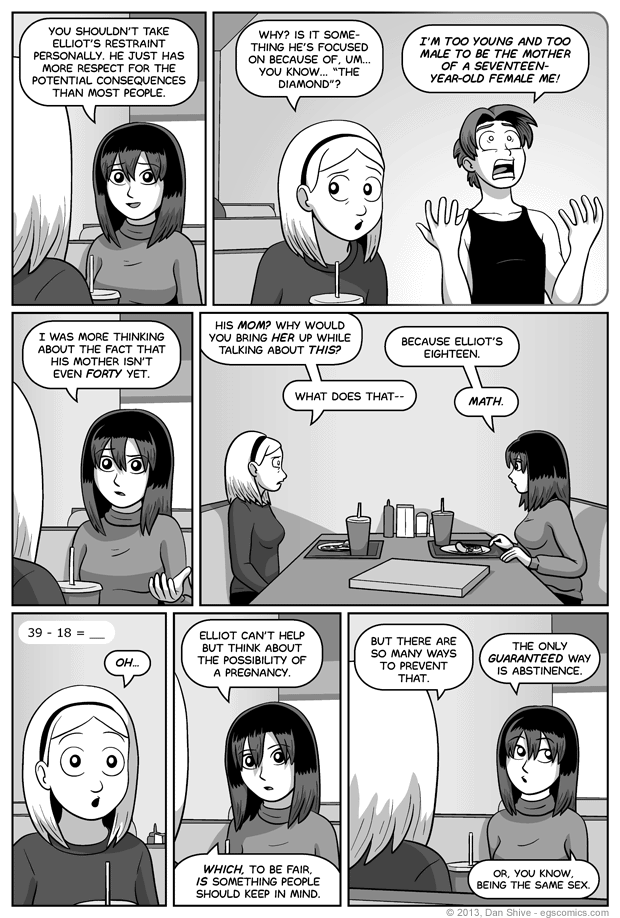 This has been a planned character trait of Elliot's for a long time, by which I mean that was genuine foreshadowing about it way back in a comic from 2003. I sincerely doubt 2003 me expected it to take over ten years for it to come up again in a comic, but here we are.

Beyond establishing certain motivating factors (de-motivational factors?) for Elliot, this comic doesn't really have much of an agenda. I suppose if the comic did have one, it would be to encourage people to consider the potential consequences of their actions and to behave as they feel is appropriate in light of those potential consequences,

Most. Horrible. Agenda. EVER.

So long as I brought it up, here's how I was thinking of writing the equation:

I suspect there's a more appropriate way to do write it, but I'm simply a fan of math, not an expert in it. Please feel free to let me know if you know.