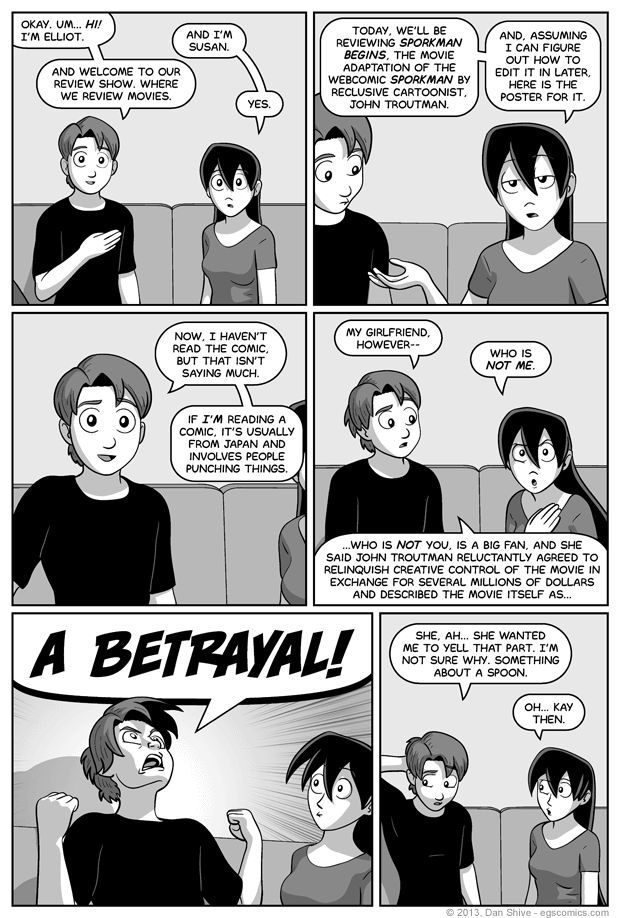 Long story short: I mentioned on Twitter a while back that I was going to have to make up a movie for them to review as any actual movie would set a place in time, which I want to keep vague. Troutman said it should be the Sporkman movie.

The rest is history, particularly once I realized it could fit the story perfectly. Granted, the movie needed to be a betrayal in order for it to work, but at least the EGS version of Troutman is apparently a millionaire now.

As for betrayal and spoons, I am once again reference the internet critic known to those who walk amongst the Fey as Spoony. I guess he's known as Spoony to everyone else, too. Anyway, at E3 one year, there was a remake being showcased of a game he was fond of, and he evidentally felt they weren't treating the source material respectfully. Here is a video of his "betrayal" reaction.

So long as I'm linking YouTube videos, here's a funky remix someone made of it.

And before anyone points it out to me, yes, Elliot did it wrong by yelling "a" betrayal. He's gotta be him, darn it.