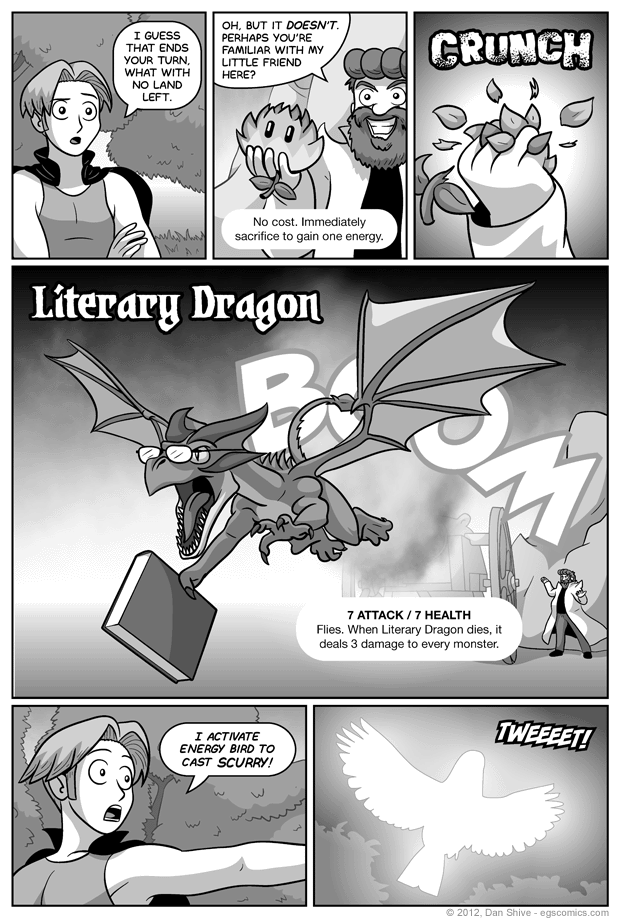 - The summoning of the Energy Bird

Don't be fooled by its bookish nature, either! A smart dragon is a truly dangerous dragon. Fighting a dumb dragon is just sort of like fighting a humongous lizard-cat that can fly and breath fire, and... Okay, that still sounds terrifying, but still!

Tensaided's flower dealie was designed to sort of be a mix of a Lotus flower and power ups from Super Mario Bros. I originally drew it with more lines to distinguish the various petals, but those lines combined with the eyes seemed to give the flower a bizarre, angry expression, so I simplified it.