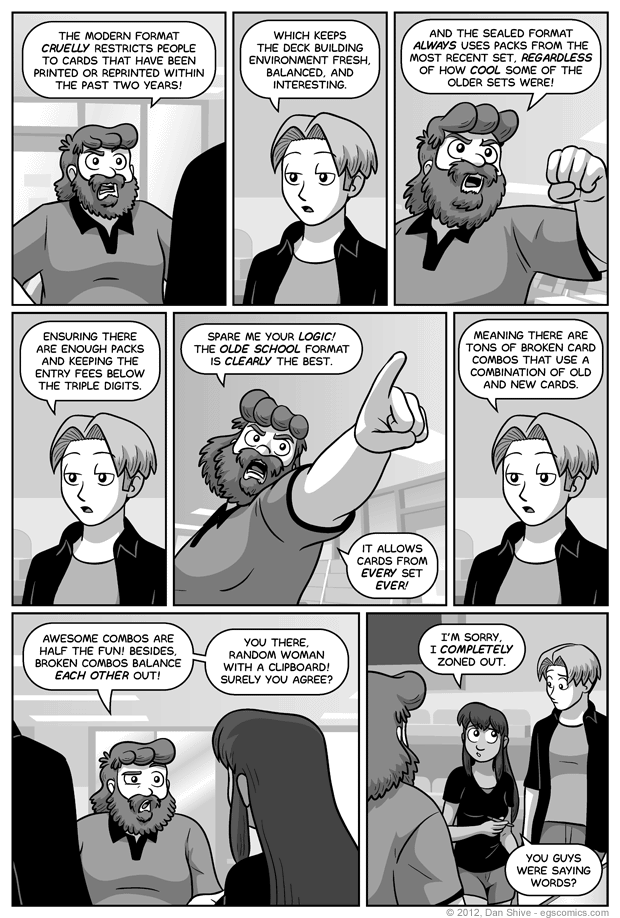 If you're right there with Grace in the last panel, fear not. This comic storyline is written with you in mind. The remainder of this commentary, not so much.

These format differences are inspired by reality, as are the attitudes of both Justin and Tensaided. The two of them obviously don't represent the only two opinions on the matter in existence, but I've certainly encountered both.

I actually really like the idea of tournaments that allow cards from every set, but the decks people can make in such an environment are ridiculously powerful and require an investment in both time and money beyond what I'm willing to spend to counter.

I did play in such an environment for a few weeks a while back. The tournaments had a low "oh man I hope someone else shows up so we meet the minimum" attendance, and about half the people there were in it for the prize packs more than actually playing. Seriously, they would examine their win/loss records with their opponents and agree upon draws, which I'm pretty sure you're not supposed to do, but it happened.