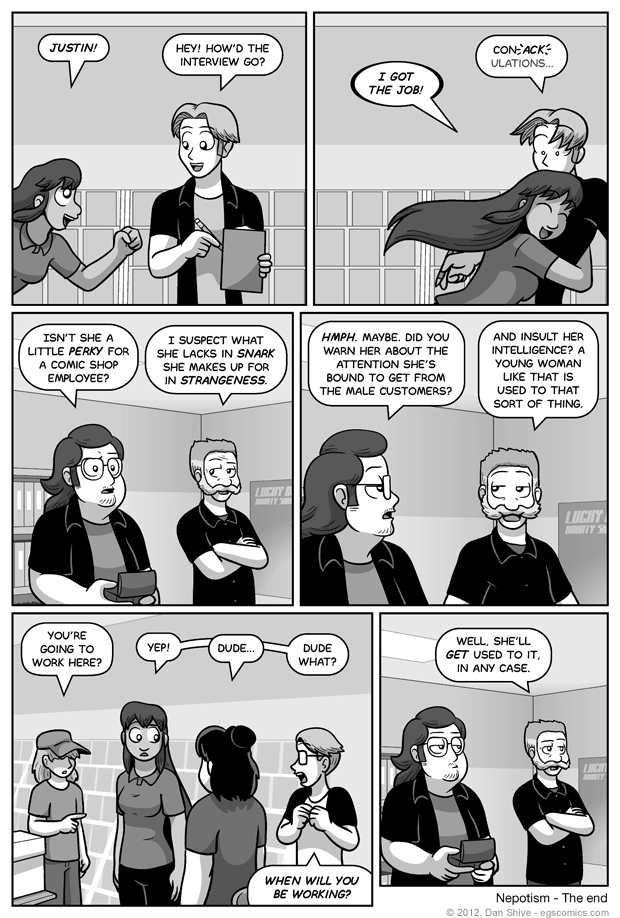 I don't think I've ever known anyone who was "perky" working in a comic shop, but I don't think that's specific to comic shops. I think it's more a side effect of simply working retail. Even if someone is perky in general, a few hours behind the counter is bound to take the perk out of anyone.

Well, except maybe Grace. Unless it does. WE SHALL SEE.

I'm not 100% certain how I'm going to go about next week's comics. It might be another three comic week, or it may be four, or I may even do something completely out of left field. It really all depends on how far along I am with the next storyline's script by Sunday.

Be here Monday to find out! Or, you know, hit the next comic button if you're from the future.