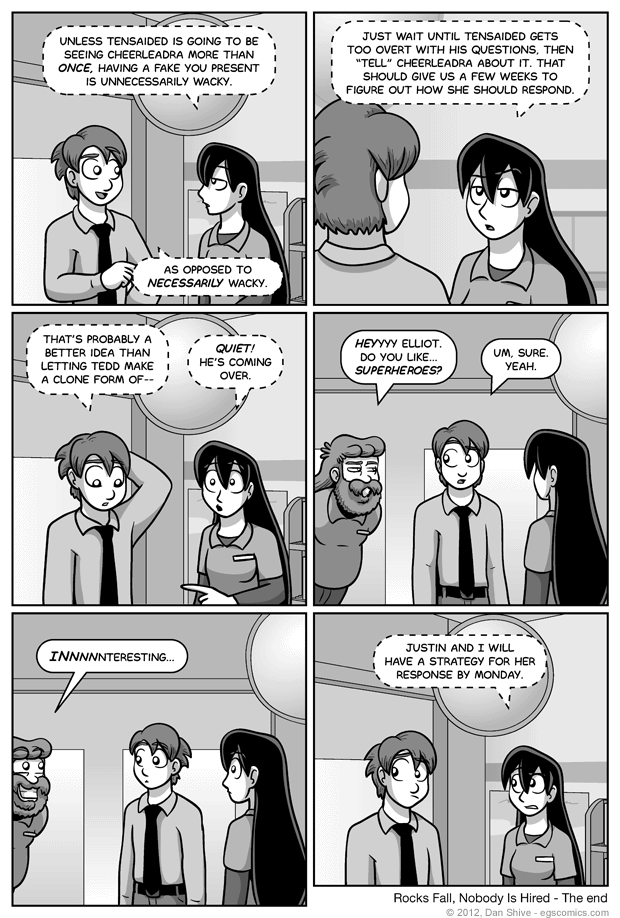 Comedic comickery aside, I think Susan has a good point. If Cheerleadra doesn't just randomly show up, Tensaided's bound to "eventually" ask leading questions, which, were they truly separate people, would give Elliot an excuse to bring up the concern with Cheerleadra, at which point she can swoop in and throw Tensaided into the depths of the ocean, ending the matter once and for all.

...What? Oh, right. They only want him to not suspect Ellen or any of his female friends. Whatever. I'll find an excuse for Elliot to fling someone into an ocean sooner or later.