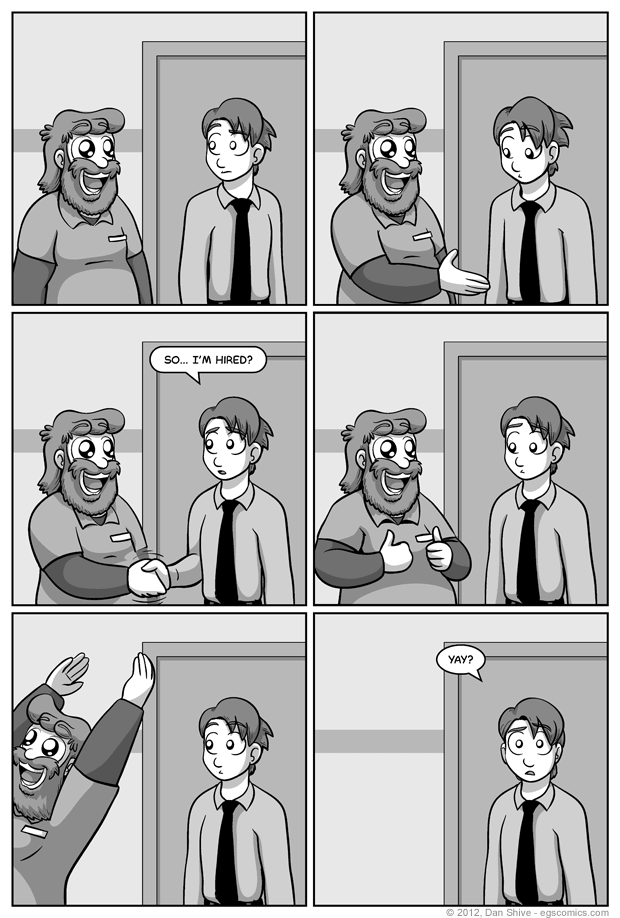 GASP! The title of this storyline lied! Unless rocks fall sometime soon and Elliot turns down the job, which might be too terrifying a prospect for him.

Beyond that, this is one of those comics where I'm really left without a whole lot to say. I mean, yes, the dialogue took me hours to write, but that sort of razor wit leaves very little left to be said. I could go on about the complex, wildly varied visuals, but that, too, leaves little for me to ramble about.

I can, however, re-emphasize the return to the four story comic a week schedule with comics Monday, Tuesday, Thursday and Friday with sketchbooks on Wednesday. The two weeks prior to this comic being posted were Mon-Wed-Friday story comic schedules.

The first week was simply because I needed some extra time for behind the scenes stuff, and the second week was due to being out of town and away from my fancy drawing tools for part of the week. Two weeks in a row might have given some the impression that I was making a permanent schedule change, but it just happened to be two weeks in a row of different circumstances with the same temporary impact on the comic's schedule.

In other words, we now return to regular scheduling. Question mark free yay.