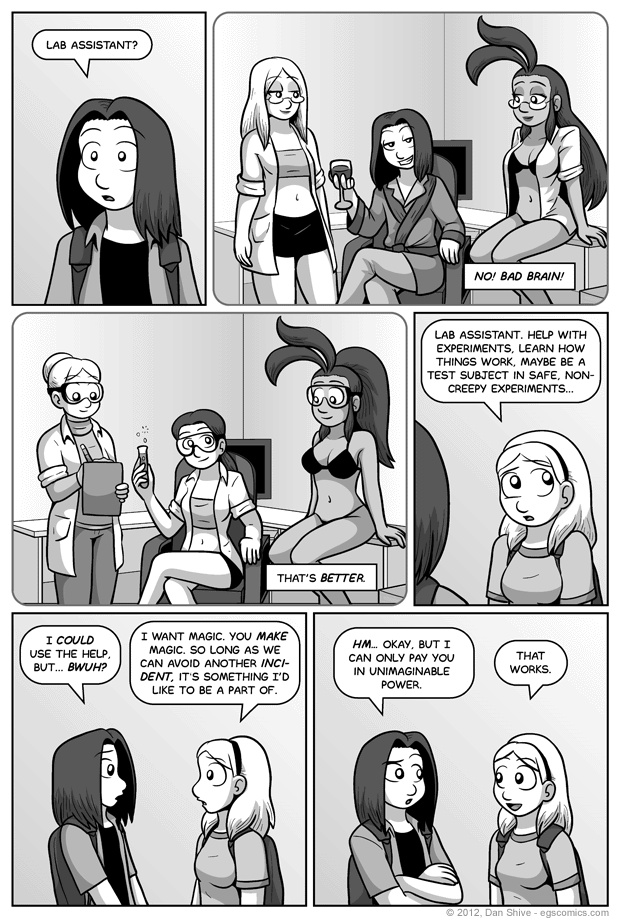 This comic was *this* close to breaking my "never show Sarah in a bikini" rule, but I think it's much better this way. The completely arbitrary rule that exists for no reason other than a gag from the first week of the comic's existence lives on!

For now. If it's eventually in character for her to wear one for some reason, then screw the rules! Er, rule.

There are very few situations when you can say "let's make magic together" and not have it come off as some sort of pick-up line. This is one of them. Another is when looking for a magician's assistant, but even then, you should probably phrase it differently. Seriously, I knew someone who once put something like that on a flyer when looking for a magician's assistant for a school talent show. The response was pretty much what you would expect.