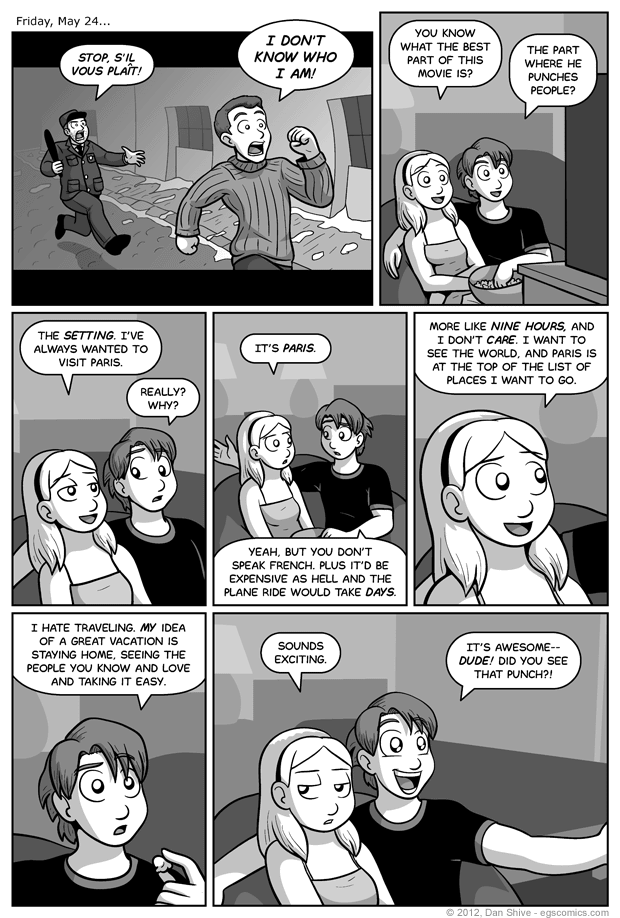 - Sarah is is not an easily dissuaded tourist
- Popular date spot

This storyline begins a week before the previous one began, which is a bit unusual, but I'll allow it in this comic room for a myriad of reasons. Well, at least two reasons, anyway. I'll elaborate on those later if I remember to.

This storyline also technically begins the story arc that, for now at least, I've labeled as "Summer". I consider it a spiritual continuation of 9001% Serious, but this group of storylines are going to have something of an anthology approach to them and it's just going to be easier to keep track of everything if they're kept separate.

I could have made up or chosen any number of movies taking place in Paris to parody, but I actually know people who like The Bourne Identity , at least in part, because of its settings. I'm not sure if the punching was the icing on the cake for them or something they more or less just tolerated. I'm assuming the former, as I'm sure there are other, less violent movies out there that include Paris.