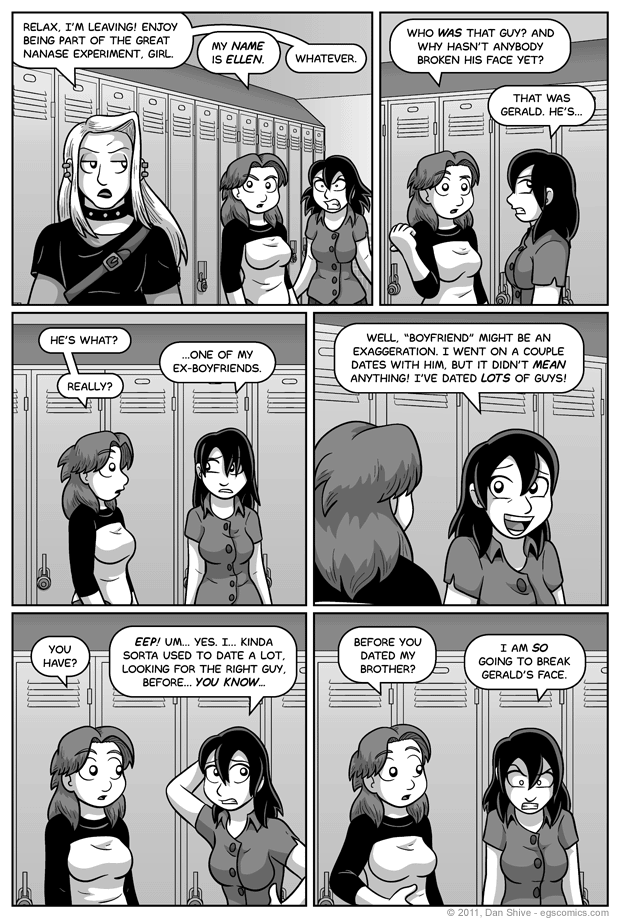 If you're disappointed by the lack of face breaking, just pretend Gerald is this punching bag.

Speaking of which, we here at El Goonish Shive do not approve of the breaking of faces as a method of solving ones problems. We prefer magical transformations and what-not, so really, Ellen dropped the ball here. Magical secrets or no magical secrets, it was zappy time and she missed it, darn it!

This was an aspect of Nanase's history that I've been plotting to bring up for a while. I actually expected to bring it up around the time Grace started school, but things didn't go that way. Frankly, it's for the best. It would have been less a plot point and more a "fun fact" back then.

The Legend of Gerald

Three separate people informed me yesterday that Gerald made them think of a goth Link from The Legend of Zelda. There might have to be a cheesy Zelda reference at some point in this comic's future.