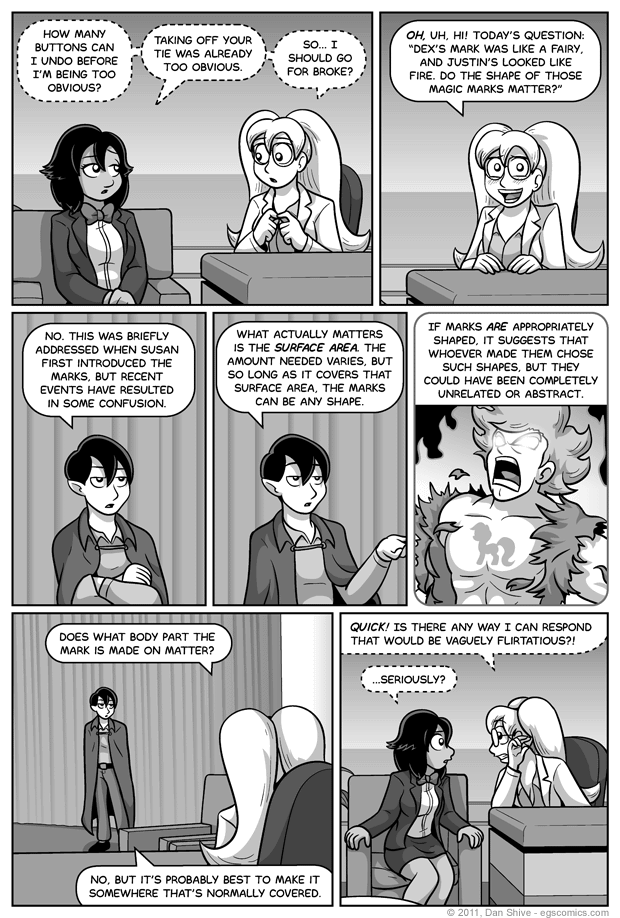 As Raven points out, Susan did assert in an earlier comic that the shape of the mark doesn't actually matter. Ever since Dex's mark was revealed, however, this has become a common enough question to address here.

In fairness to those who asked, Susan's assertion that the shape didn't matter was buried amongst a whole mess of other information, so that bit of information not being memorable falls on my shoulders. There was also the possibility that Susan was simply mistaken in that earlier comic. Not a considerable possibility, mind you. Susan is a smarty-pants, after all, but a possibility nonetheless.

...Dammit. That would've been awesome.

No need for suggestive suggestions

Believe me when I say I know of several responses Amanda could have used in panel seven. I actually originally had her written as successfully replying with one of them, but that would have made her a somewhat competent flirt. It may not be obvious to even the greatest of super geniuses who live on the moon on account of being smart enough to figure out how to get there using common farm equipment, but that's not really what I'm going for.