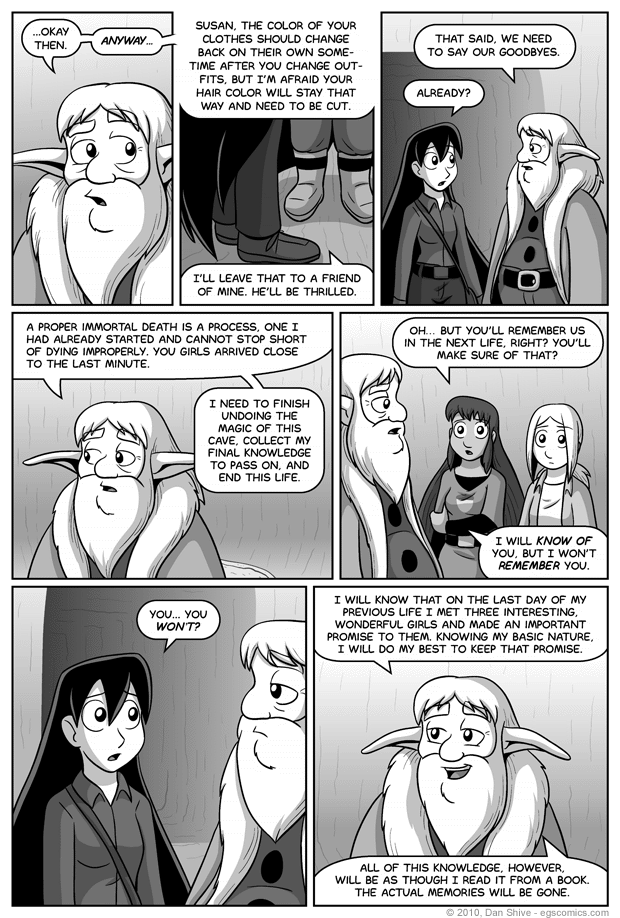 Posted July 28, 2010 at 1:00 am
Jerry has already told the girls (wait, now I'm calling them that?) that he would be losing most of his memories and starting over in a previous comic, but he wasn't entirely clear on what exactly that meant.

While I think Jerry's pretty clear about the difference between remembering and knowing, I just want to emphasize this with another example. Imagine that you woke up one day after a wild party, as I know you are prone to do, and you remember none of it. Your buddy, however, wrote down everything you did, as we all know he's prone to do (he's pretty boring at parties).

You read about all the stuff you did. You know that your friend isn't making stuff up, but you still have no memory of what you saw, heard, smelled or felt that night, and a lot of it sounds like stuff you don't think you would do. You've read it, you can sorta relate to it, but you may as well be reading about someone else.

Now imagine that instead of one night, it was your entire life, and the notes are from your past self.

Of course, a less convoluted example is "irreversible total amnesia and restored youth", but then I couldn't make fun of that guy who takes notes at parties, and that would be totally unacceptable.