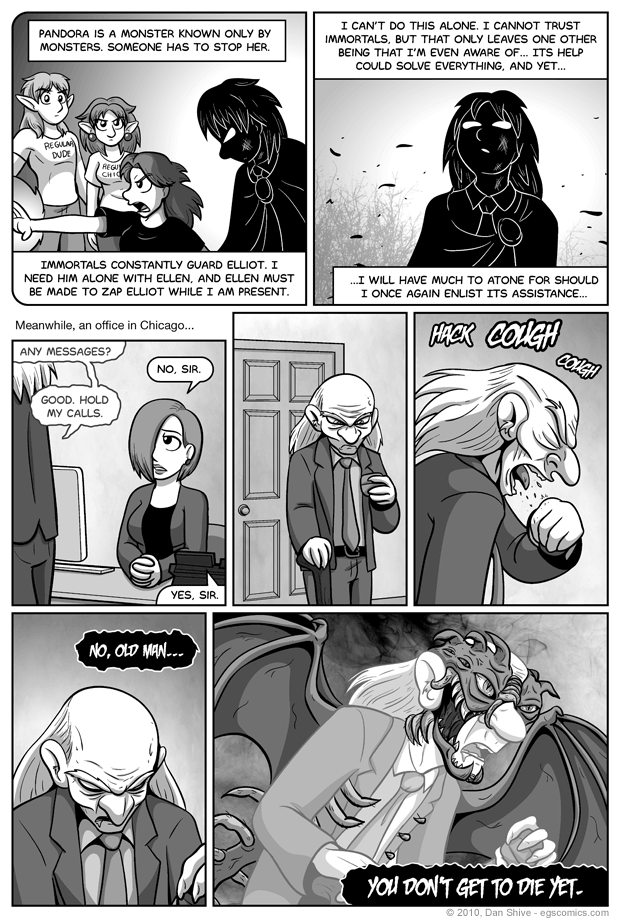 The immortals look soooo much better than they used to. I know that's self praise, but seriously, look at this old drawing and tell me they don't look better now.

People who saw the recent sketchbook entry with the old man are probably thinking "ah-HA!" just about now. Ultimately, though, the important character is not the old man, but that... thing attached to him.

But what is it? In spite of Magus's reservations and the creature's fearsome appearance, could it simply be misunderstood? Might it be an ally-to-be, a valiant ally the main cast will one day call "friend"?

...Okay, no, he's totally a bad guy. Is that a spoiler? I don't think it's a spoiler. Look at that thing. It probably ate a puppy for breakfast right before it burned down an orphanage and talked loudly on a cell phone at a restaurant.