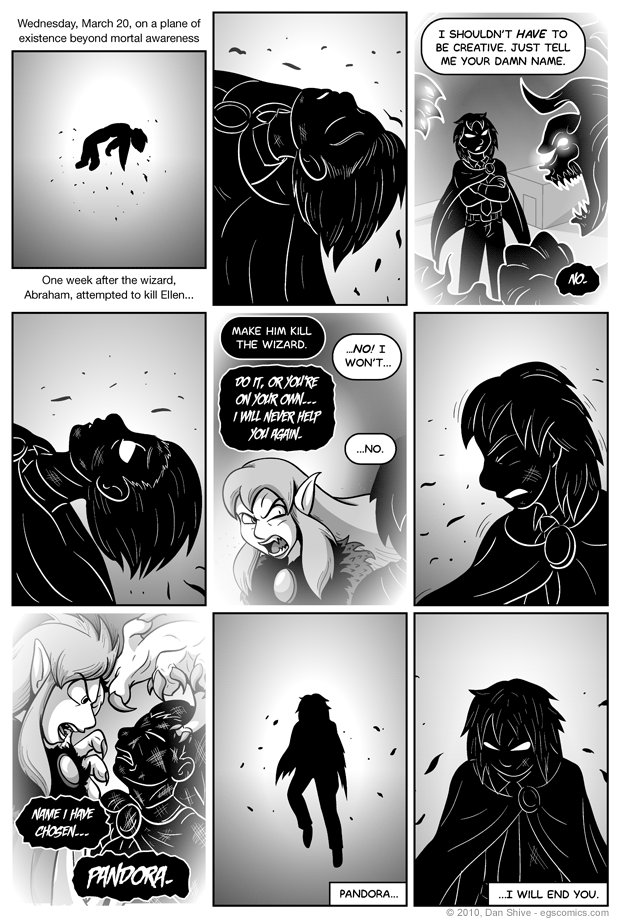 I know I'm going to get criticized for this comic and that it will be called a recap. Trying not to speak too much for the comic, I'm going to leave it at "yes, I'm aware some may take issue and it does function as a recap, but I did it anyway because I have other reasons for it".

The T-Minus storylines are all part of one story arc, but they are not being presented all at once. The first few T-Minus storylines will be (I estimate) 2-6 comics in length and placed between longer storylines, effectively acting as brief intermissions prior to taking center stage.

These shorter T-Minus storylines could be combined into a single storyline that could act as part one of the arc, but I feel that wouldn't work nearly as well for several reasons that should gradually become apparent as the comic progresses.

I still feel I'm "bringing silly back", but that doesn't mean the comic will be entirely free of drama. Actually, given the presence of more silly, I suspect the drama will hit harder. In any case, I'll be sure to have someone throw the occasional pie as needed.