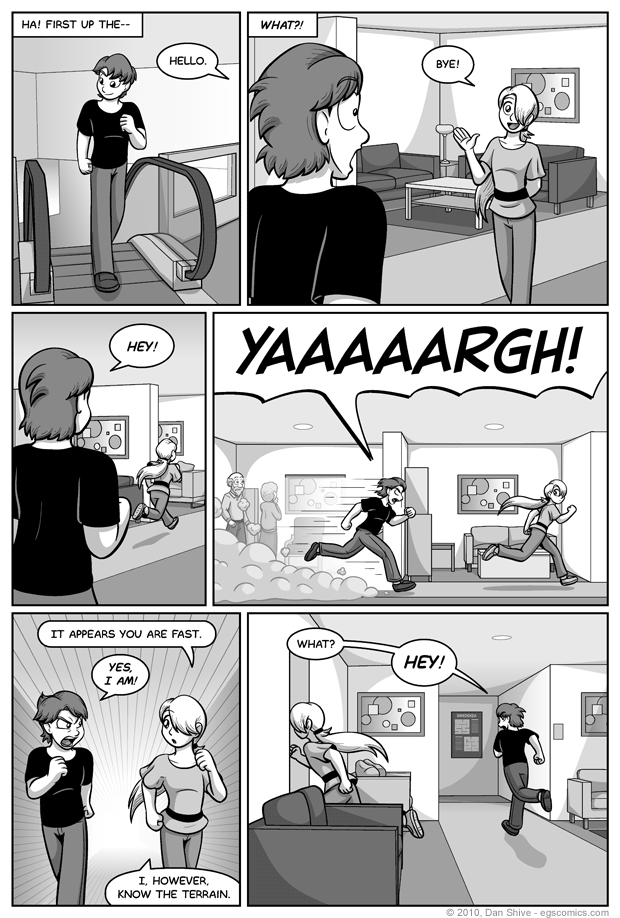 Posted March 19, 2010 at 1:00 am
I don't think this exactly explains how Noah got behind Tedd in this sketchbook entry, but it certainly compliments it. I know I linked to that in the previous comic's commentary, but it's my favorite Noah filler / sketchbook entry, darn it! Well, that, and it is relevant.

It wasn't intended as a callback (especially considering this wasn't supposed to happen--thanks a lot, Noah), but Elliot in panel four is quite reminiscent of when he ran at the Goo. As much as I'm annoyed with Noah right now, I'm hoping this doesn't end with him being blown up.

I did not design detailed, reusable sets for this scene. Thanks to Noah's messing with things, they're passing by everything too quickly for it to make sense for them to be designed for every angle. Instead, I worked around the characters and only concentrated on views that would be shown in this comic.