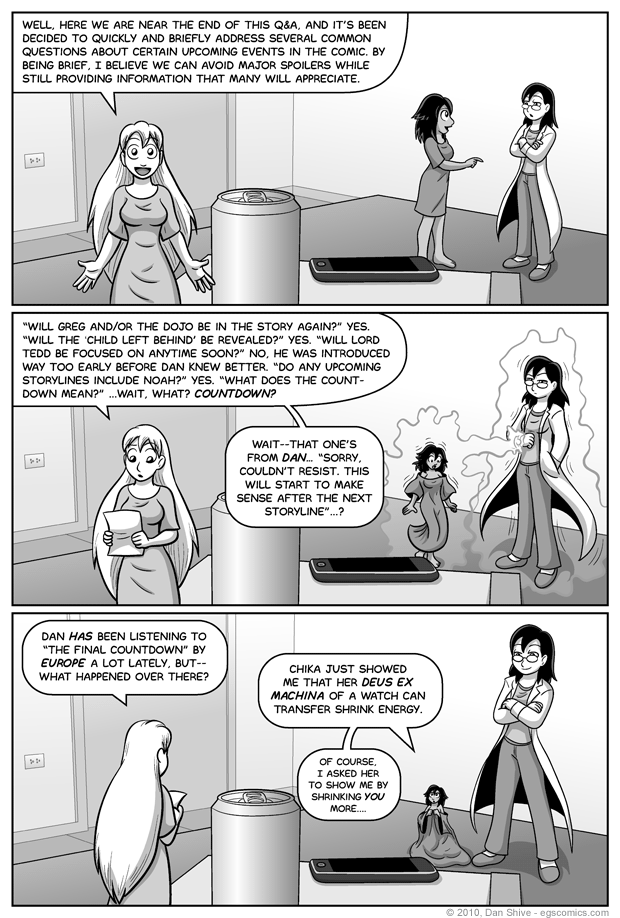 Posted February 23, 2010 at 1:00 am
These are among the most common questions I receive regardless of whether I officially have a Q&A going on. Looking at it, though, I believe I should clarify that by "upcoming" storylines, Amanda means "the next few storylines". Noah will be showing up for at least one of the first five storylines. The rest I leave as it is in the comic.

I should note that I really like Chika's watch. I like it to the point where Tedd might develop something of a similar nature, assuming he ever reaches that point. It's worth noting that in spite of Amanda being a bit of a doofus at times, the Germahn Labs scientists truly are among the elite.

I also feel it's worth reminding everyone that Lisa is NOT a mad scientist. She is an attorney, so she can only counter mad science with mad science if someone builds something for her first, which I assume would be the situation for most of us.

...Wait, have I ever drawn Lisa doing the Ace Attorney "OBJECTION!"? I must have... I think there's a sketchbook entry or something out there... If I haven't, that needs to happen.