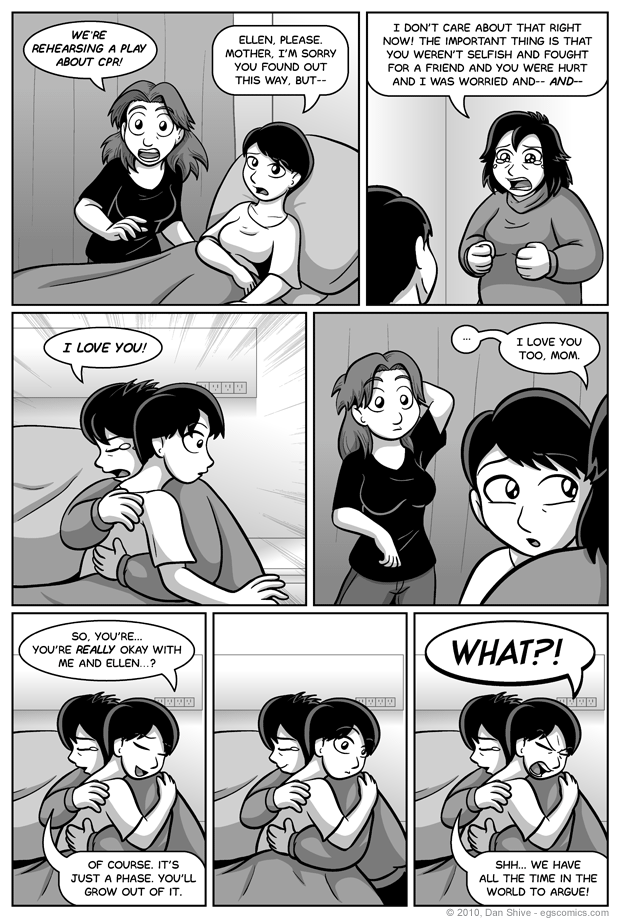 At what point did you realize this wasn't going to be as simple as it was starting to seem? If it was before panel five, give yourself a cookie. I would give you one, but you're over there, and I'm over here. That, and I'm not made of cookies, for Pete's sake! That would be dangerous.

The motivations of Mrs. Kitsune are complicated in that they are simply not as traditional as one might expect. There was, however, a time when I did plan on her reasoning being more stereotypical. People have speculated for years about Nanase wearing a Cross necklace in earlier comics. At the time, that was foreshadowing. Time has turned it into something of a red herring, however.

Drawing someone hugging someone else who is in bed without it looking weird is HARD, or at least it is for me, and I don't think I fully succeeded. I had to hunt for hug references all over the dang place, mostly just to visualize the mechanics of someone lying down being hugged by someone standing up. It's times like this I'm so happy Google has a safe search option.