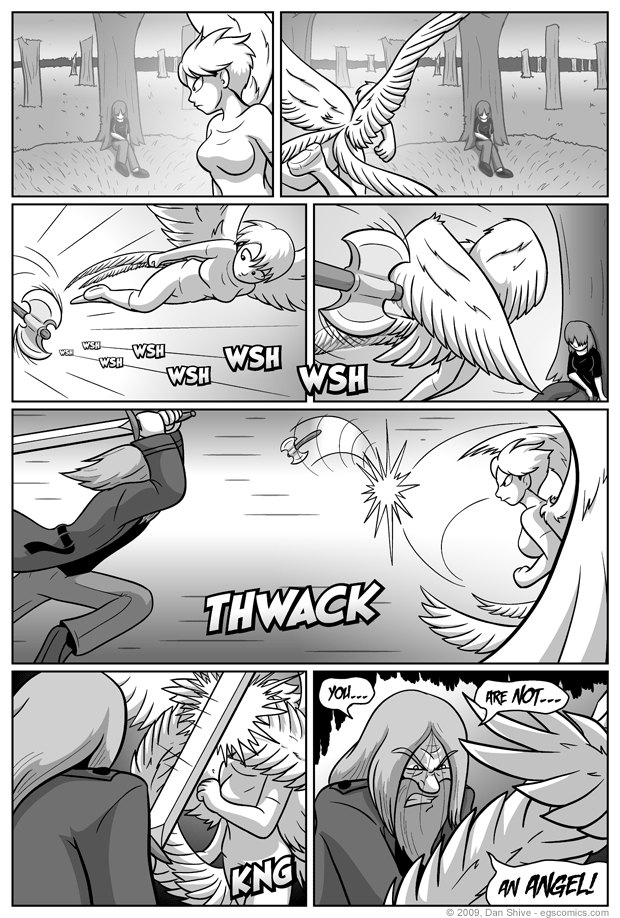 This moment has been planned for a long time. Early on, however, I was somewhat foolish about Nanase's behavior. I was thinking about how exactly she would proceed with fighting Abraham, all the while ignoring the fact that she can simply fly Ellen out of there.

Not only does Nanase going for Ellen after knocking down Abe make the most logical sense, but it gets things moving much faster, and that's important. I don't want this fight, or the remainder of this arc, to be any longer than it needs to be, but this isn't a fight that can get away with the "quick montage and it's done" approach.

For one thing, how this angel version of Nanase fights is an unknown that needs to be shown, otherwise there's little point to her appearing as an angel beyond enraging Abe. Did you know that the perceived misappropriation of religious symbols and icons can really cheese people off? Neither did I, but then Abe got all cheesed off. Now we know, and knowing is at least 1/3 of the battle.