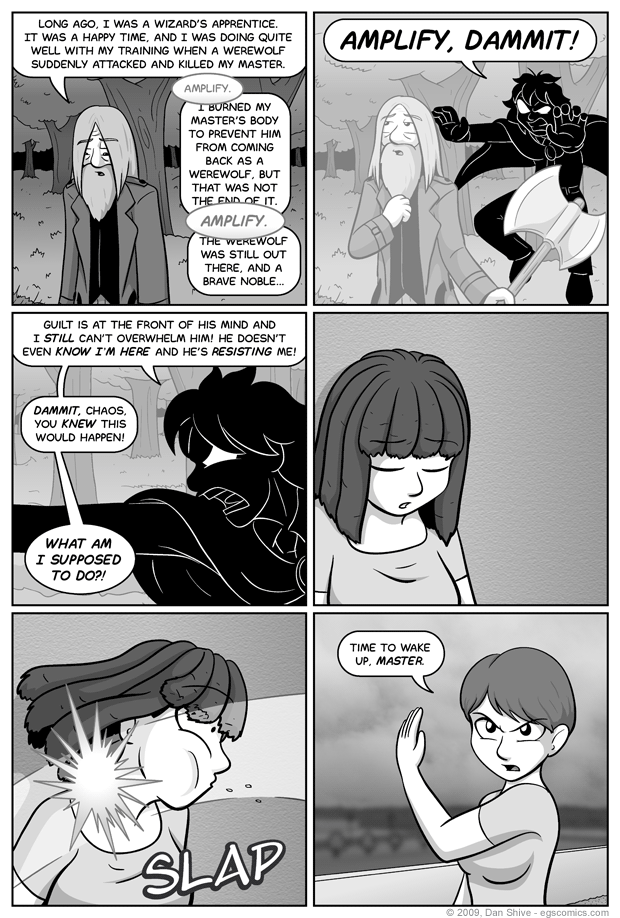 I guess there's an incomplete recap in this page, but he gets cut off by the second panel and its purpose was less about what's happened and more leading into what's going to happen, so I hope that can be forgiven.

In an earlier version of the script, Magus was attempting to amplify Abe's emotions for the first time in this comic after having waited for Abe's guilt to be at the front of his mind. While this would theoritically be acceptable, it would imply that Magus had been using extremely poor strategy.

It has been established that there are side effects to having Magus amplify one's emotions. There's an initial disorientation at the start of the process. After the victim has compulsively performed an act based on whatever feeling had been strongest, they become even more disoriented, dizzy, and suffer short term memory loss. The initial disorientation alone would have been enough to cost Abe his battle with Raven, particularly if used right at the start of the fight.