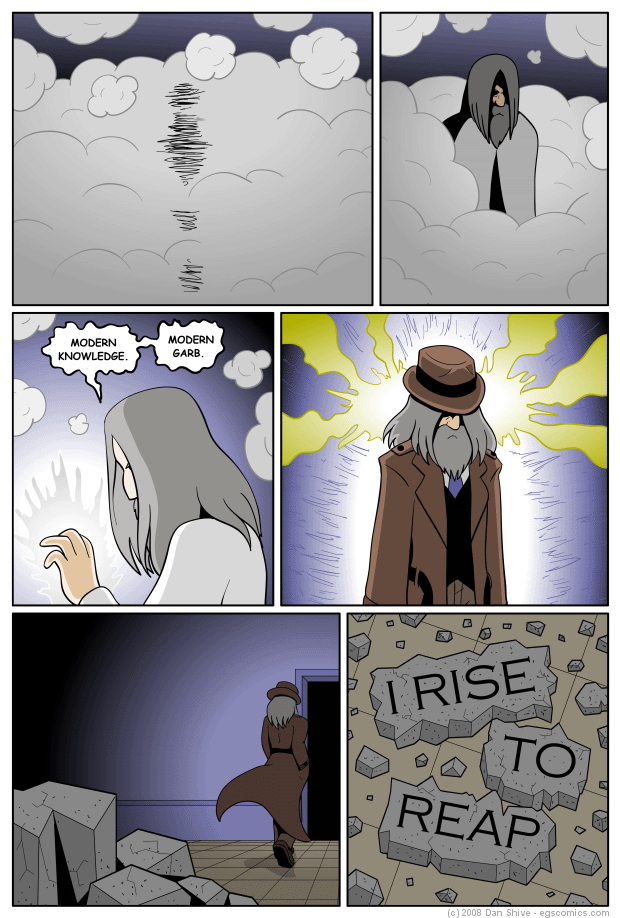 Posted May 30, 2008 at 1:00 am
I can't decide if that last panel is really cool or really cheesy. Perhaps both? Cheese covered coolness?

Either way, I like the idea of "the reaper" leaving a note. Sure, he could have just left without a word, but he was courteous enough to let everyone know where he's gone off to. I can just imagine the museum administrator walking in and being flabbergasted by the missing statue, only to be relieved upon finding a note that says "gone reaping".

And no, the fedora has nothing to do with the recent release of a new [[wp:Indiana Jones]] movie. It is a standard accessory for mysterious people wearing trench coats. My excuse for the hat and long trench coat is that I would consider it to be the modern equivalent of wearing a cloak, which is exactly what I think the same spell would have resulted in had it been cast long ago.