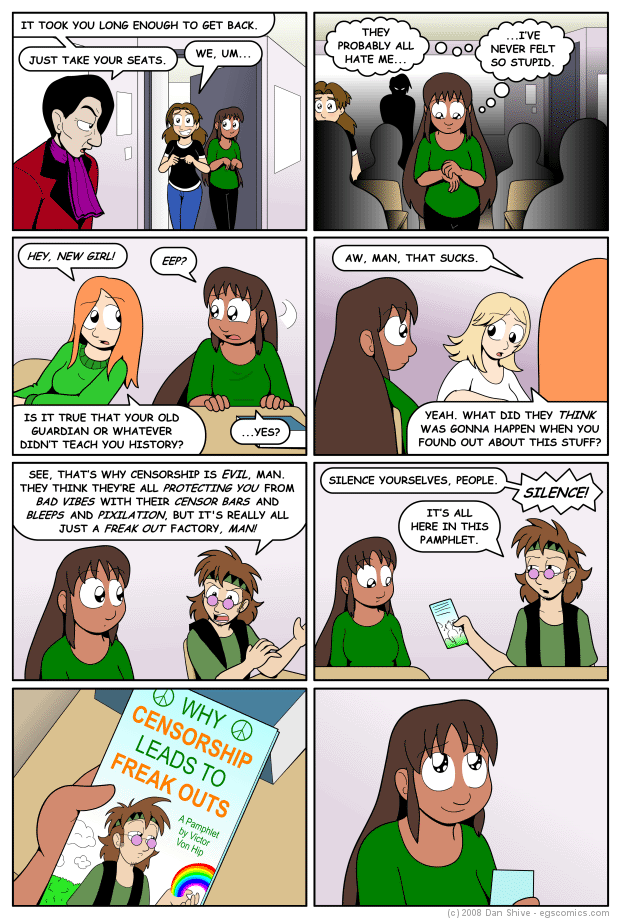 Posted April 16, 2008 at 1:00 am
I love funny pamphlets. I also love funny charts, signs, books, etc. I particularly love them if there is no logical explanation as to why they would have been made or prepared in advance for the given situation. Does Victor always have anti-censorship pamphlets? Did he see this coming? If Grace’s issue had been something else, would he have had a pamphlet for that?

Actually, imagine if he had been in the hall two comics ago when Ellen zapped herself. That would have been the ultimate test of always having the right pamphlet at the right time.