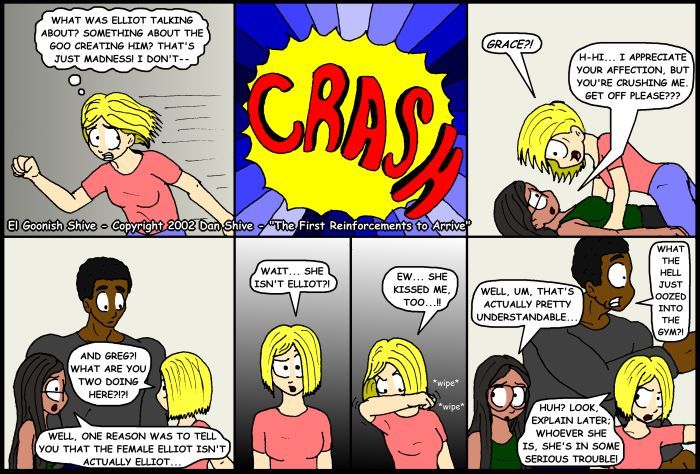 Sarah isn't going to stand around and take any gratuitous exposition! Not now, not EVER!

I hope I don't regret making that declaration when writing future commentaries.

Well, Grace's skin contrasts a noticeable amount with Sarah's at least, but it still seem off. For comparision, here's her skin tone in this comic (left side) compared to the modern palette:

One possiblity is that I was overly concerned with there being contrast with Grace's furry forms, which totally sounds like something I would do.