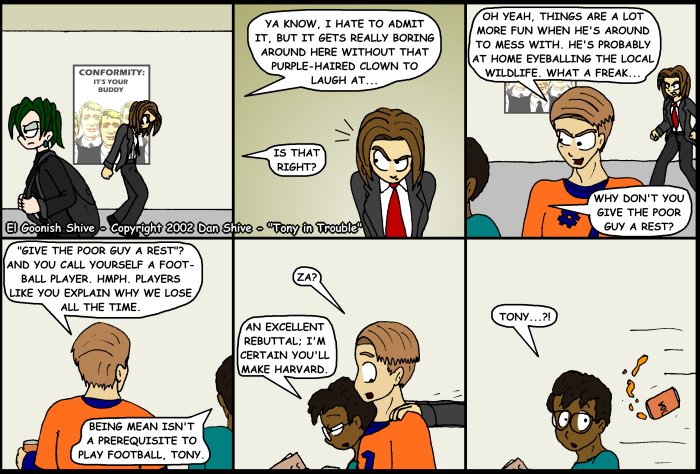 Oh, hey, it looks like I had my first copy of Poser 3D rendering software back in 2002! I say that because, well... Obvious poster with obvious 3D renderings is obvious. I'm a fan of such software and use 3D rendering to help me make comics these days, buuuuuut it was a pretty bad idea to fling an actual rendering into a comic. Those guys clearly don't belong in th EGS universe.

I'm pretty sure I gave Tony's friend a name eventually. I think. Maybe. At this point, he's just the obligatory "no, really, I don't think all football players are jerks" character, AND I DON'T, DARN IT.

Commentary added October 31, 2014. Also, I don't really think all quarterbacks are jerks. Yeah, it's less funny to put this note here, but I'm the one who has to worry about e-mails if I don't, darn it.