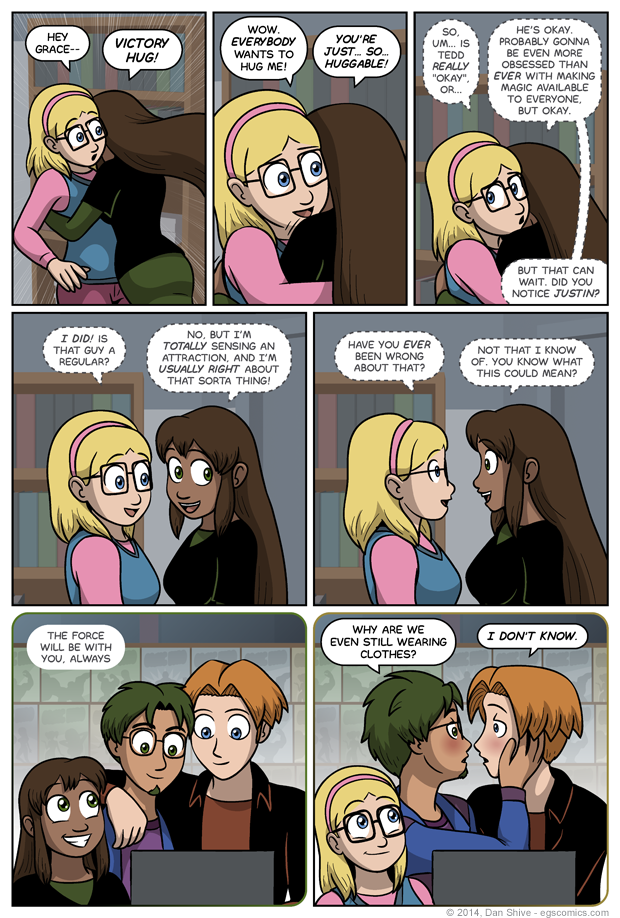 I haven't forgotten my promise about Patreon Campaign stuff and not starting every commentary with them, but I HAVE to bring it up again because the third milestone's been reached! Short of a bunch of changed pledges, August is going to include MWF EGS:NP comics! Many thanks once again.

- A history of detecting attraction and wanting to play cupid (and hey, an "I can never tell if you're joking" moment!)
- Magic for the peoples

Glasses what about the glasses Sarah you've always worn those glasses why would you question them they are a part of who you are now.

Exactly why Tedd's personal discovery would make him more determined than ever to make magic available to everyone hasn't been explicitly stated, but one can probably deduce why the new information he received would result in that sort of thing.

Or if not, it'll be said later anyway. YAY!