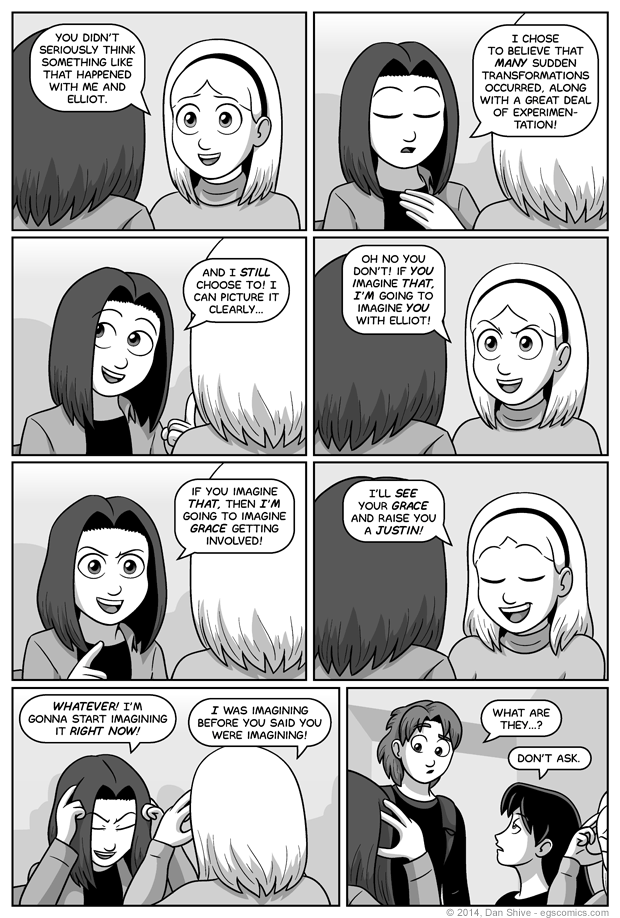 This comic was a pretty last minute idea. I was thinking of how to transition into Elliot's return, and most of what I came up just involved him suddenly being back at the table. Given how briefly he'd be at his locker, I decided it was better to just let the conversation continue and not bother with any sort of minor time skip.

I'm particularly happy that the conversation got to continue with Tedd and Sarah joking around like this. There have only been a couple of scenes with Tedd and Sarah together since the time skip, and not many examples of how they interact after months of presumably spending a fair amount of time together. I want to show more of this, which probably means it's going to happen.

For anyone disappointed by the lack of fantasy visuals to go with Tedd and Sarah's dialogue in this comic, I actually did try to make that work. There wasn't really enough room, however, and it was a bit much anyway. It wouldn't have been anything too extreme (similar to panel four of the previous comic, but with the respective people being mentioned shown), but still.