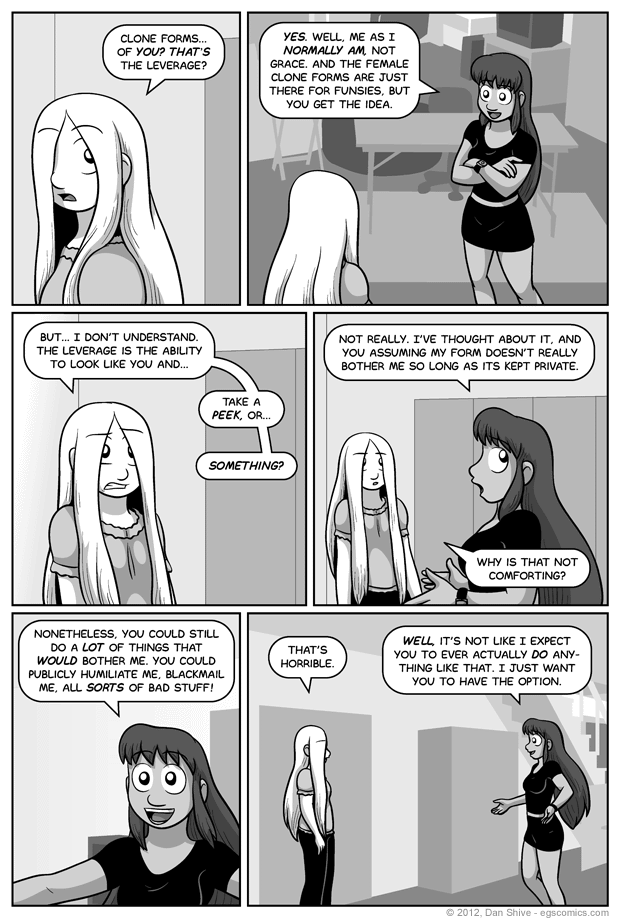 Posted April 23, 2012 at 1:00 am
- A somewhat similar discussion about assuming the forms of others

I originally envisioned Tedd's response to Sarah's questions in panel three of this comic being more of an affirmative, but as often happens with characters who have minds of their own, I found that Tedd's opinion on the matter contradicted what I was prepared to make him say.

Sarah did this to me as well, as her reaction to this proposed leverage isn't exactly how I initially envisioned it, either. "That's horrible" are her words, not mine. I'd ask her how she dare defy me, but she knows she can boss me around like that. If she couldn't, she would have appeared in a bikini by now.

I don't feel quite as off-guard as when Melissa responded differently than I had expected, but it's another reminder that these characters are really the ones at the helm of this bizarre boat.