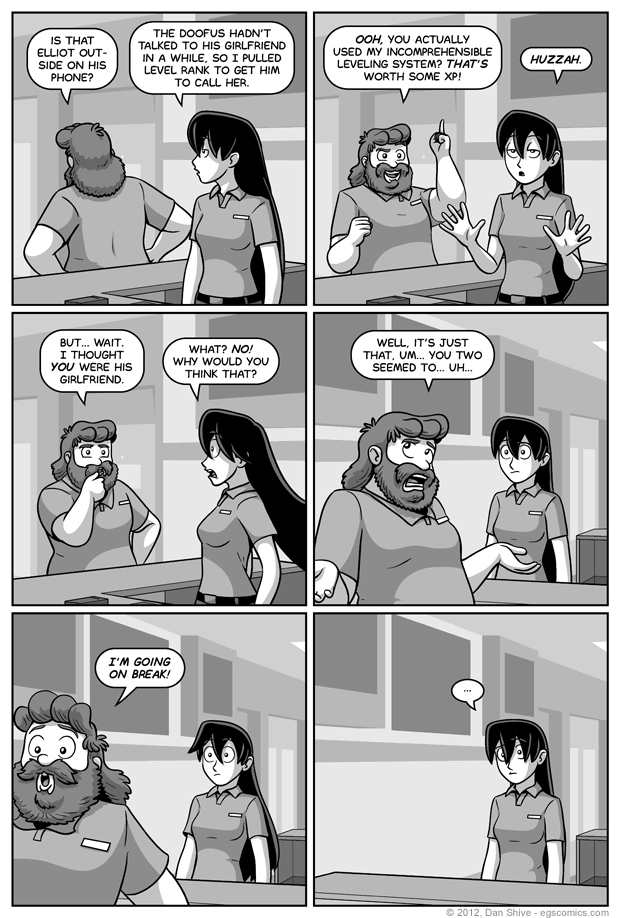 My one regret in this comic is that I considered keeping Susan's full face visible more important than showing a more detailed view of Tensaided running. I had imagined him running like Mario from Super Mario Bros. in my head.

Although, now that I think about it, what I pictured doesn't really match any of the game sprites. Not the running ones, anyway. It was closer to Mario jumping. Definitely not Mario's run from Super Mario World. His sprites in that game always reminded me of a Grace--er, squirrel with their paws up by their chest. Strangely, I felt his previous Nintendo game got his likeness far better than his Super Nintendo premiere. It's not the bits, folks. It's how you use them.

What are bits, really? I mean, when you get right down to it and are referring specifically to video game systems. Systems used to be all about "bits", but I've heard that it was possible to get the same number of "bits" in different ways, so what did it really mean? I could probably look this up, but I figure musing about it in the commentary is the best way to find answers. It will strike me as a sort of epiphany.