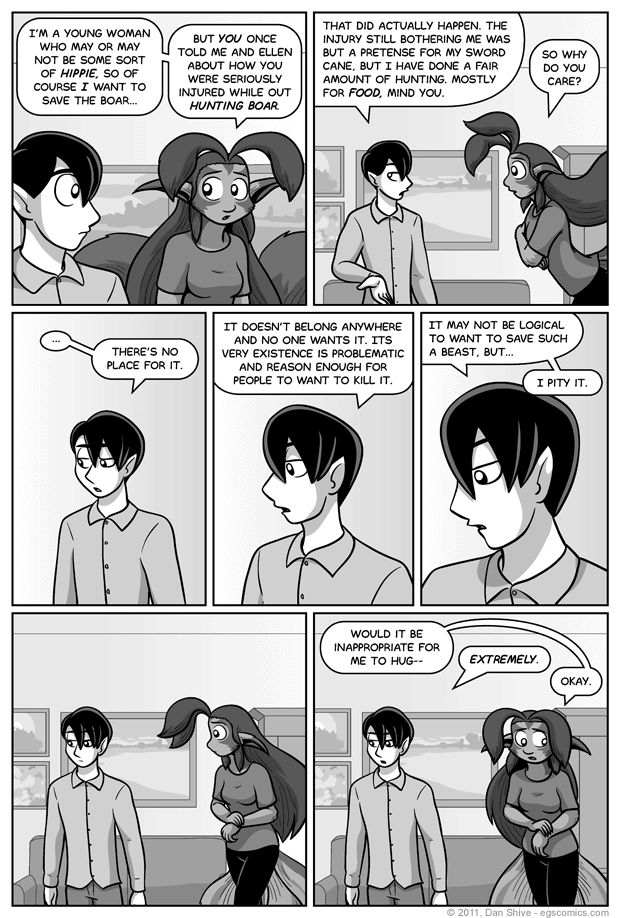 See? Even Grace would accept the "she's Grace" explanation.

This is one of those comics where there's a LOT I could say about it, but everything I can think of feels like I would be trying to speak for it, which isn't my intention for these commentaries.

One thing I can now talk about, however, is the earlier comic when Raven brought up having been injured by a boar. At the time, I hadn't decided how much of it was true beyond the fact that Raven does actually have hunting experience. I figured given his age, he would have done his fair share of hunting and gathering. This is a man who knows of a world before super markets.

Just let that sink in for a moment. No deli, no pizza joints with buffalo wings, and no readily available ice cream! The world is nowhere near perfect, but we live in an age of wonders all the same.