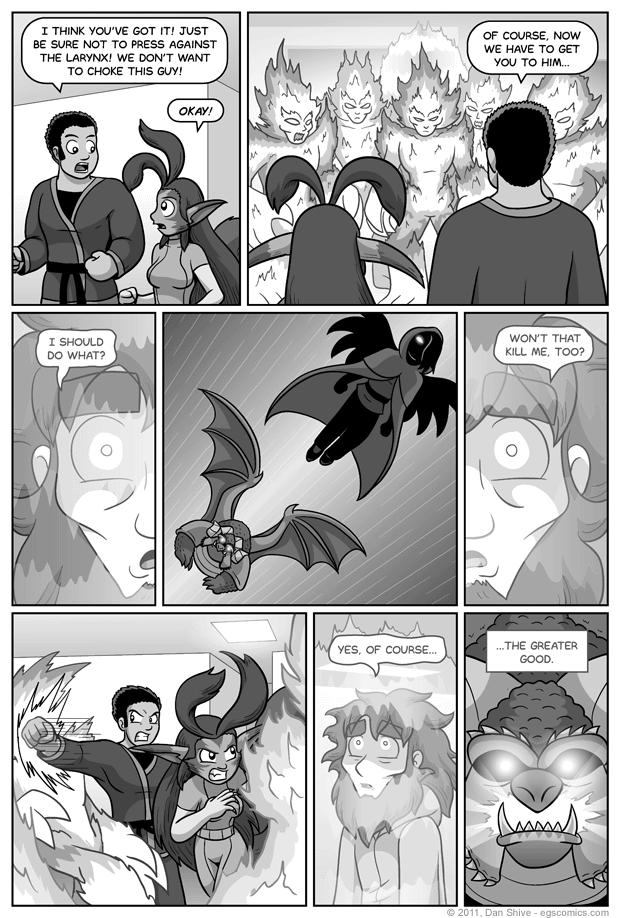 The dragon's starting to grow on me. He's such a cute little feller! I'd take him to the park, we'd play fetch, he'd blow some stuff up, it'd be great! I would say I'd ride on his back, but he's got a pretty mighty hunch and it's pretty much surrounded entirely by his wings. Either he'd have to carry me, or I'd have to hang on to his tail for dear life.

You know what? Forget it. I'm just going to get a pet Unicorn instead. Less maintenance.

I don't know if this comic counts as a montage or not. Everything's happening at the same time and it's not much of a passage of time, but it is bouncing around a bit. Is it bouncy enough? I'm not sure. I could probably look up what's needed to count as a montage, especially since I just linked to the Wikipedia entry on it and the basic description seems to suggest that it doesn't, but that would be too easy.

Okay, so... apparently? Unicorns are high maintenance. Like, REALLY high maintenance. The one I got keeps criticizing my outfit and is obsessed with keeping everything clean and orderly. This combined with the fact that unicorns are apparently telekinetic is helping to keep things neat and tidy around here, but we're in complete disagreement regarding how things should be organized.