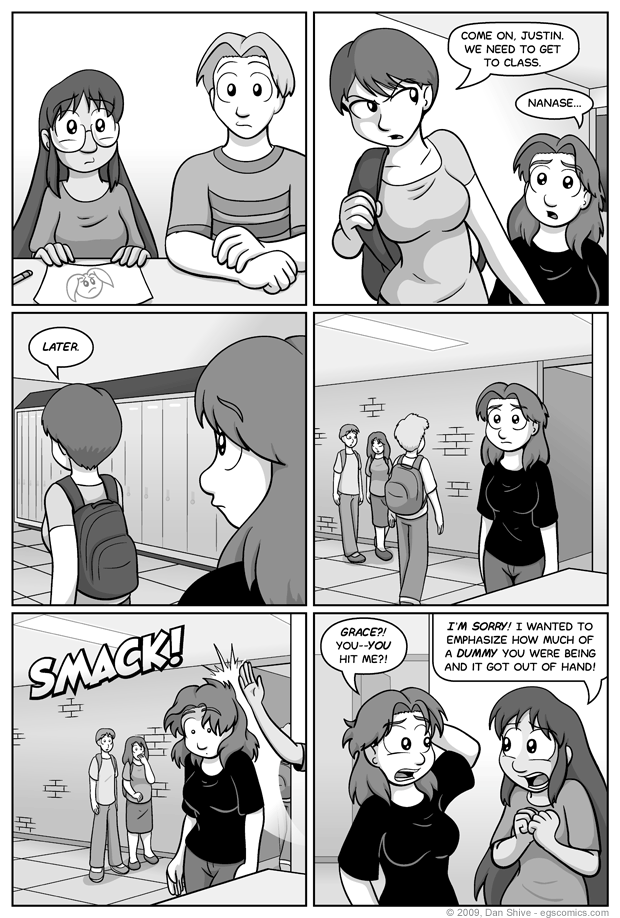 I love that Grace smacks Ellen here. It amuses me to no end. It's more in character than one might protest, I assure you.

Between some health issues with my hands and finishing up school, there were significant delays between this and the previous comic. On the plus side, I learned things during that time. Important things!

One thing I learned was to use a grid system within the panels themselves to help determine good layouts for the characters and objects within. I started out just using a general grid with however many rectangles, but I've since taken a note from the rule of thirds for photography and am making use of a 3x3 grid in each panel.

I don't worry about being exact with the grid and I probably would eyeball it if I wasn't sketching in Photoshop (grid on a separate layer and all that), but it's made a huge difference in how fast I can put together a halfway decent composition.

To be frank, I'm not sure how I'd do some of the upcoming comics without using grids. I think I'd be somewhat screwed ^^;