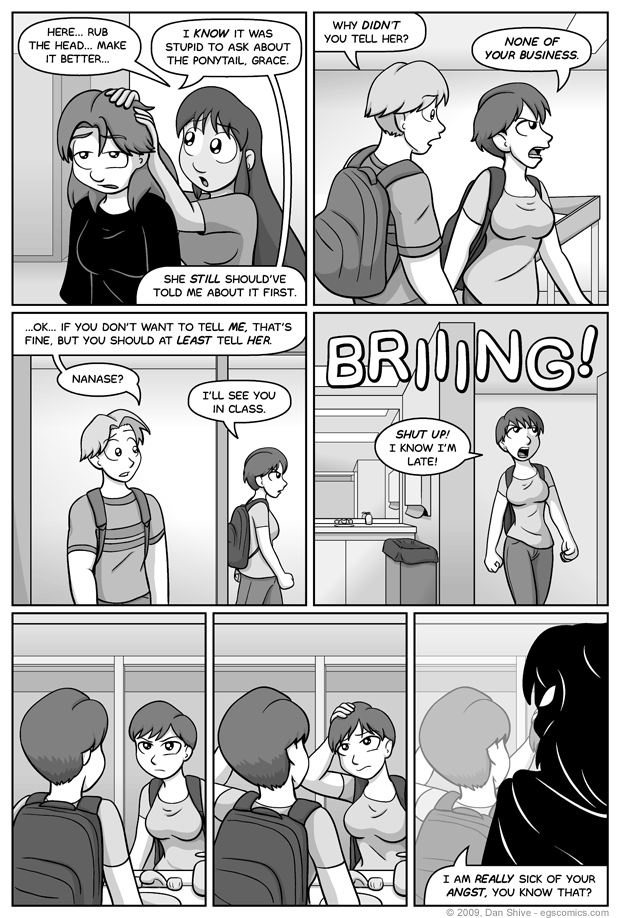 I like how Nanase looks in this comic with the exception of panel five. Curse you, panel five! What'd I ever do to you?!

I was shocked at how quickly I was able to sketch this comic once I got going. So shocked, in fact, that I got cocky and sketched the next page with the thought that I might be able to post them both as one huge update!

...Then it took about eight hours to do the post-sketch work for the first page, not counting the time spent on sleeping after I went to bed at two in the morning. Yikes. Further streamlining is required, me-thinks. I think I know how to cut that time in half or more, but I won't know until I try.

On the plus side, I finished sketching the comic after this one prior to even inking this one, so that's a big consolation prize.

One of the reasons I was so excited about the possibility of a huge update is how this page ends. I just KNOW there are people who are going to agree with Magus, and I'd rather the update not end on that note.

Frankly, I don't want to end the commentary on that note, either. Um... so! Grace massaging Ellen's head! That's bound to assist in whatever rumors there are about those two, eh?