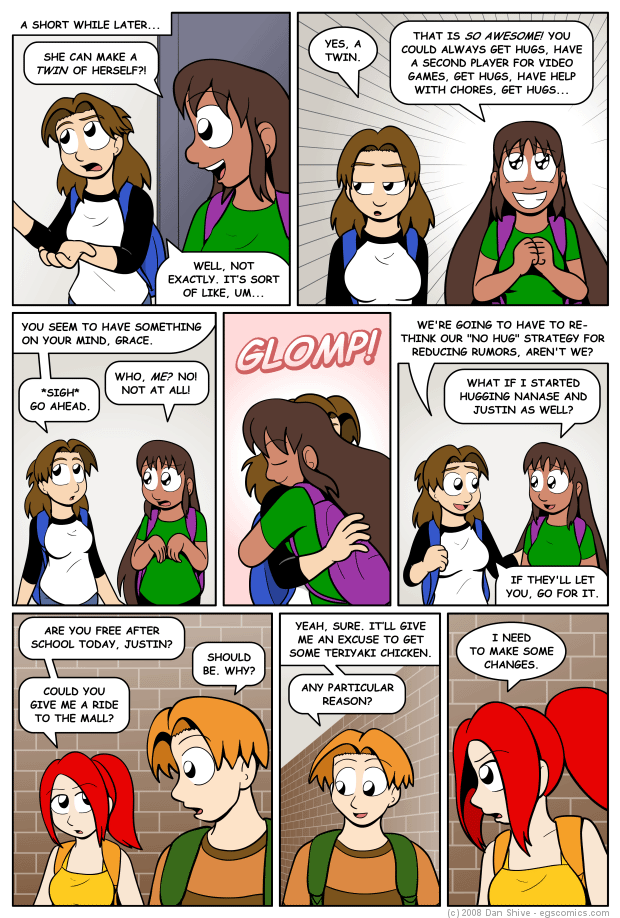 Posted July 4, 2008 at 1:00 am
It was established during the party arc that Grace has a fondness for twins, or, more specifically, the idea of there being two of a single person. This fondness was the end result of wishing she could hug herself during some of the more lonely moments of her past. As such, it’s only natural that she would be impressed by Fox, and quickly get on the subject of hugging.

As for Nanase and her "changes", the only spoiler I’m willing to give there is that she’s not plotting to use her new clothing spell to shoplift. Give her some credit, folks!

While I was working on this comic, I wasn't all that pleased with my drawings, and felt that I definitely needed to bust out the sketchbook after finishing and practice like crazy to get my groove back. Now that it's done, though, I'm pretty happy with it. Part of that's due to my realizing that slightly thicker lines look better with flat colors. I think it improves the overall contrast and makes the colors sharper.

Still going to bust out that sketchbook and practice, though.