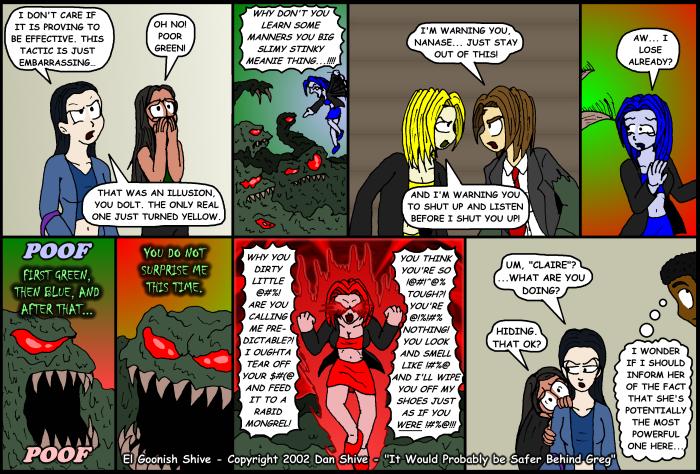 Susan, why are you saying "Claire" in quotes? It's almost as though you know it's a pseudonym.

Speaking of faling to fool things, the goo studies light spectrums and isn't having any of your nonsense, Nanase.

Nanase's color palette originally included a skin tone that was weirdly red for some reason, so "Red" doesn't look terribly different from normal Nanase at this point. Well, aside from the glowy rage, which doesn't look like Nanase so long as she doesn't get too hungry.