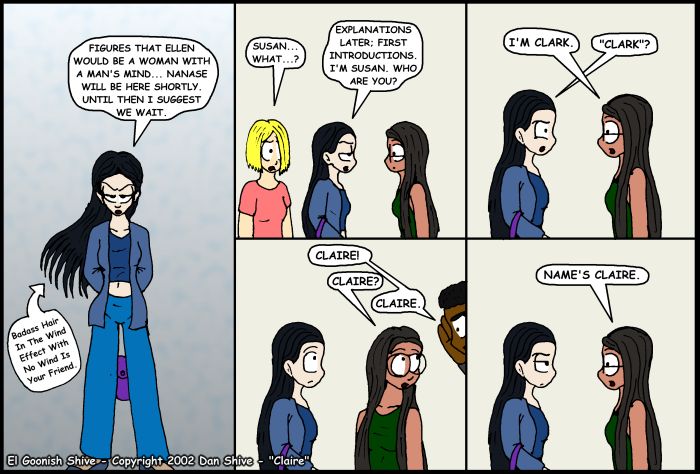 I like that Grace doesn't know what's wrong with her being named Clark. I'm sure she knows by now what the issue was. Probably. Maybe.

Badass hair in the wind with no wind is practically a character unto itself and has stuck with Susan over the years. It's a lovely excuse to draw her hair in whatever pose is best for a panel's composition.

It's weird for me now to see Sarah, Susan, and Grace all standing in a row and all basically being the same height like that. Grace noticeably taller than Sarah these days, and Susan is even taller than that. From my 2014 perspective, it looks like Susan's been shrunk.