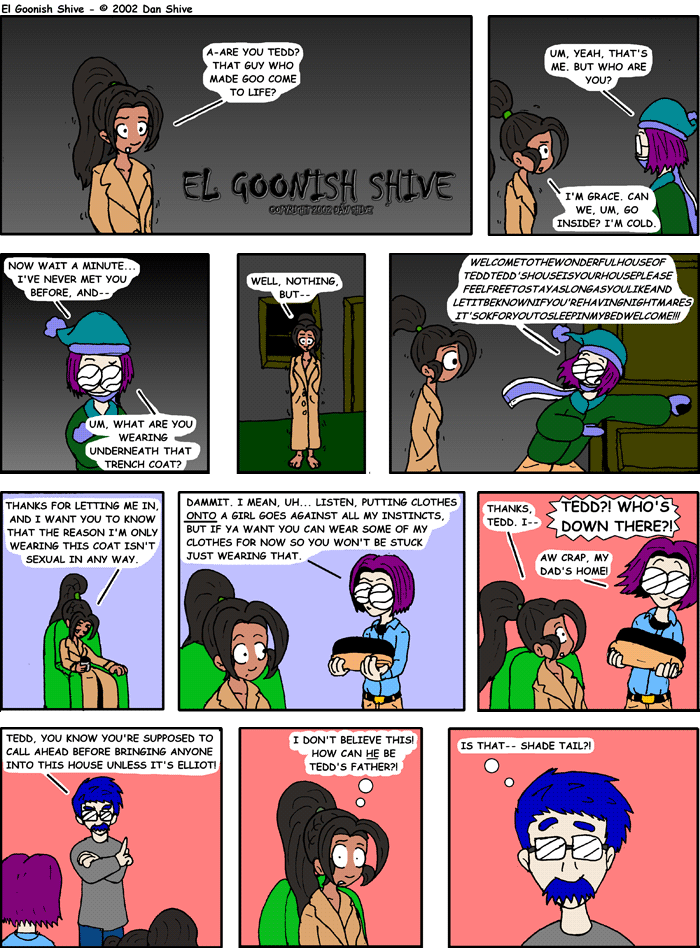 WOO! GRACE! Grace is rad, and now she’s in the comic. For REALS.

This is one of the very few comics in the archives that wound up being edited later to better fit with future characterizations. Actually, I think this is one of two, so it’s not even “a few”. Unless it is. I guess I’ll find out if I keep writing these classic commentaries.

In any case, Grace was initially less like Grace in this comic. One could even say she wasn’t... “Graceful”? Eh? EH? Eh. The edit needed only change one thing to correct this, however, and that was her eyes in panel five. Grace originally had a half-lidded, somewhat annoyed look in panel five. Now, she doesn’t, and that makes an enormous difference.

Granted, such a look would be appropriate, but it wouldn’t be “Graceish”.